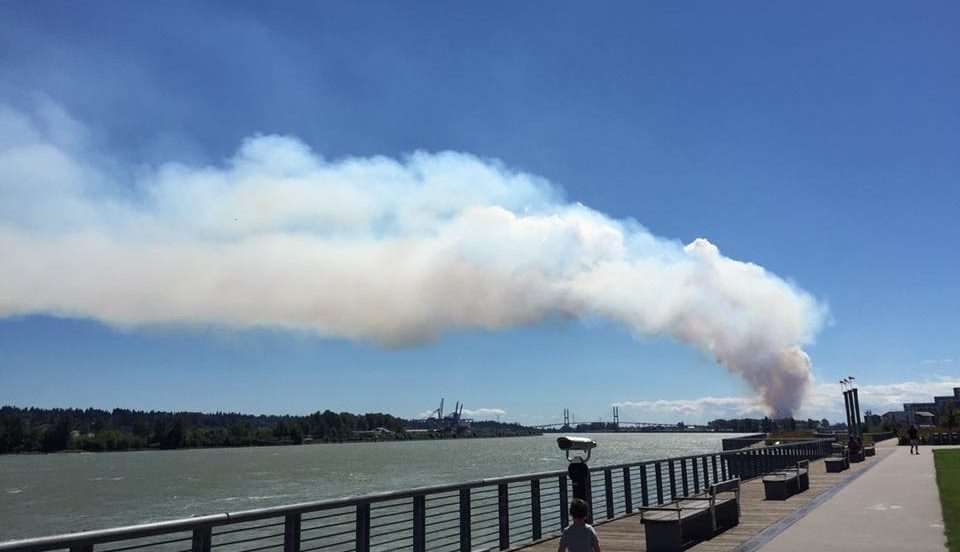 Crews are currently on scene trying to put out the flames, which could take days due to the bog’s peat moss, which when dry can catch and spread very quickly. In 2005, the bog caught fire, burning 200 hectares and took over one week to extinguish.

Delta Mayor Lois Jackson said the fire has now grown to 50 hectares (124 acres) in size, according to CKNW.

Highway 17 between Highway 99 and Highway 91 has been closed in both directions, and River Road has now also been been closed with Tilbury Island being evacuated.

The BC Wildfire Service was called in to help, and firefighters from around the Lower Mainland are involved in fighting the fire, as well as a helicopter and airtankers.

Officials are asking the public to avoid the entire area. 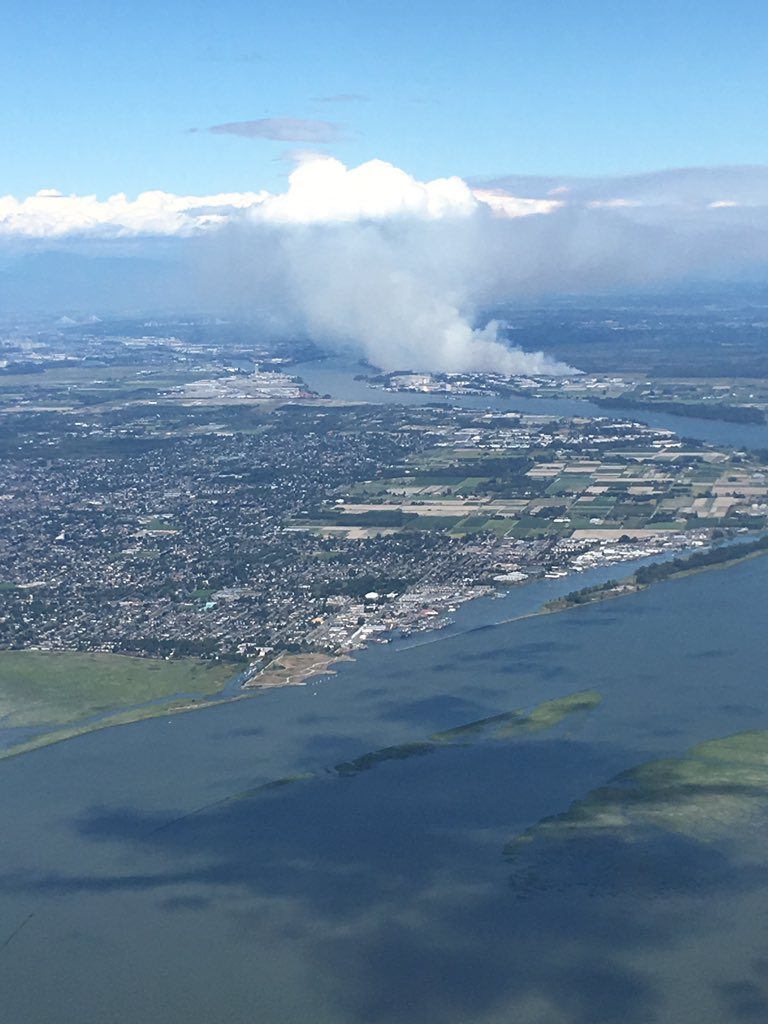 #BurnsBog fire seen from Hwy 17A. Just after this photo, @BCGovFireInfo water bomber did a pass over the fire. pic.twitter.com/TAtRBhh9O0

Another fire retardant bomber coming down on the east side of the #BurnsBog fire #BurnsBogFire #delta #firefighters pic.twitter.com/kOroEg9iOJ