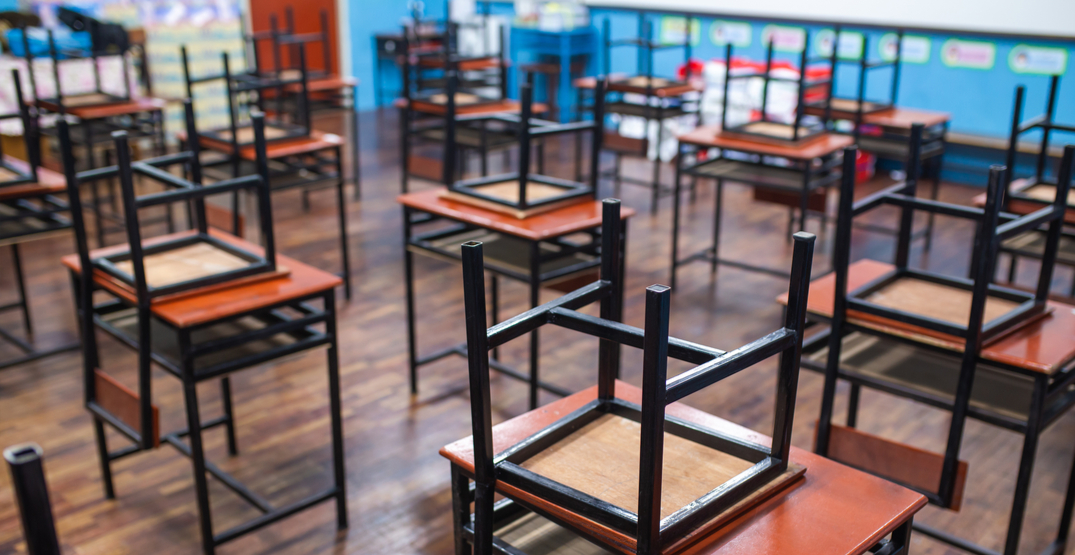 Schools across the Lower Mainland are closing their classrooms on Monday as BC’s heat wave brings blazing temperatures to the region.

Mission Public Schools was the first district to close, with superintendent Angus Wilson announcing the closure on Friday.

Many of the district’s elementary schools don’t have sufficient air conditioning, Wilson said.

By Sunday night, most districts had followed suit.

In letters to parents shared on their respective websites, the districts noted their decisions were made due to the “extreme heat” that has enveloped the region.

Chris Kennedy, the superintendent of West Vancouver Schools, said the district had consulted with Vancouver Coastal Health before closing classrooms.

As in Mission, many schools in Richmond don’t have air conditioning, superintendent Scott Robinson said.

“The health and safety of our students and staff is of the utmost importance to the district,” Robinson wrote in a note to families.

“Unfortunately, we do not believe that we can provide a safe working and learning environment given the current and predicted conditions at our schools.”

With BC’s record-breaking heat wave expected to last until Wednesday, it remains to be seen whether schools will reopen on Tuesday.

Since Friday, the Lower Mainland has been under a heat warning as a “dangerous” heat wave ravages the province.

The worst may be yet to come for some areas – parts of Metro Vancouver are expected to feel like a sweltering 50°C today.