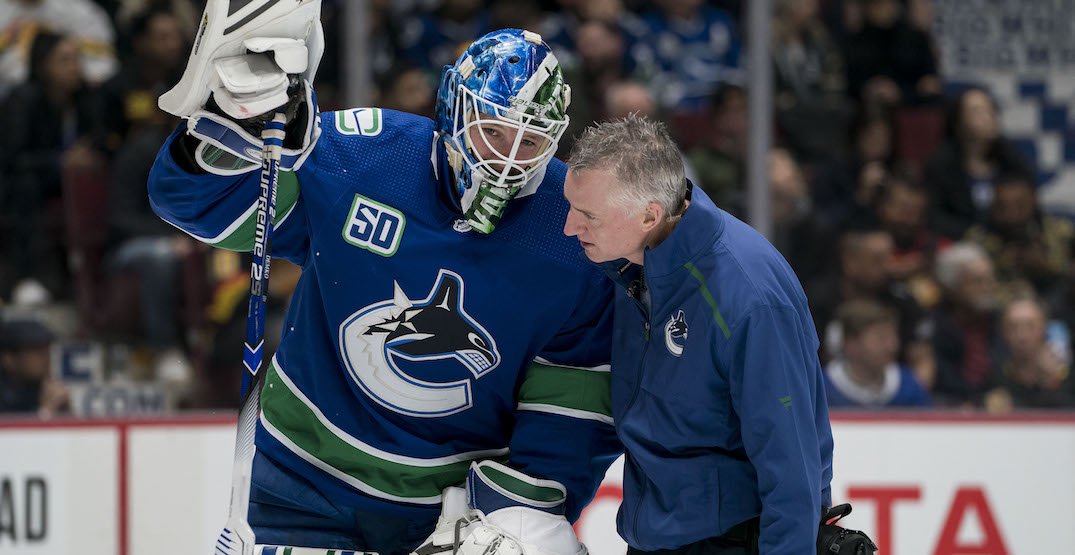 Bruce Boudreau is back, but the Vancouver Canucks are continuing to make sweeping changes to their off-ice staff.

Daily Hive can confirm reports that five members of the human performance team aren’t having their contracts renewed by the Canucks, including some longtime employees with recognizable names and faces to diehard fans.

Roger Takahashi, who has been with the team since 2003, is out as the Canucks’ director of strength and conditioning.

So is Jon Sanderson, a member of the organization since 2000, as director of medical services and head athletic therapist. Sanderson celebrated working over 1,500 NHL games, all with the Canucks, back in 2019.

Assistant athletic therapist Dave Zarn, who has been a stand-in goalie for the Canucks when they’ve needed an extra netminder at practice, is also among the people not being invited back.

Also gone are athletic therapist Nick Addey-Jibb and assistant strength and conditioning coach Ken Hetzel, who each joined the team in 2019.

Add in the fact that those changes came on the heels of the Canucks letting most of their office staff go during the pandemic, and there aren’t many longtime staffers left on Griffiths Way.

President of Hockey Operations Jim Rutherford and GM Patrik Allvin are expected to continue putting their stamp on the club this summer.