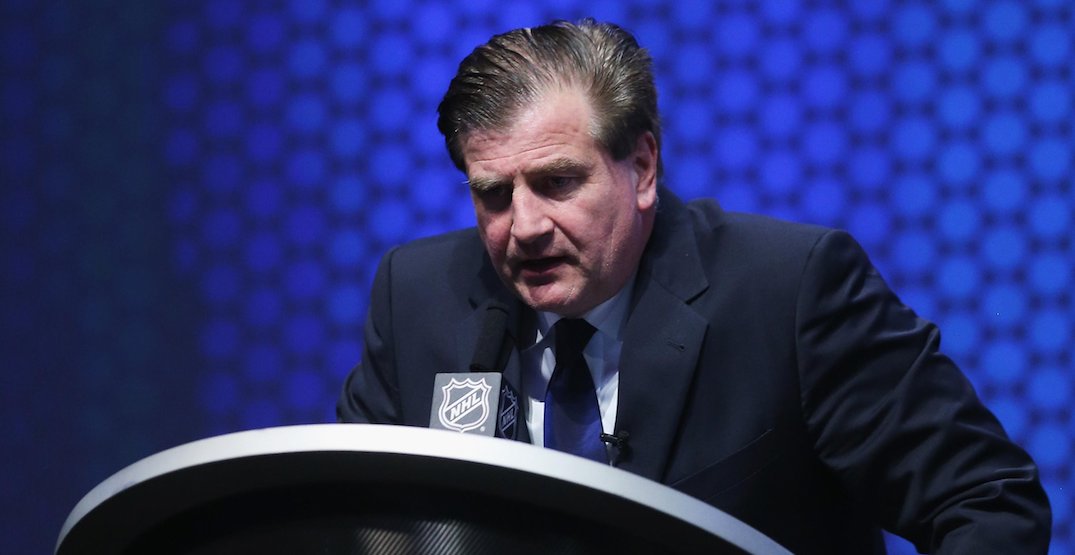 Jim Benning is out as GM of the Vancouver Canucks.

The news comes just hours after it was reported that Bruce Boudreau will be replacing Travis Green as Canucks head coach.

Believe the changes in Vancouver will include Jim Benning and John Weisbrod out as GM and AGM. Chris Gear likely steps into an interim role. Travis Green and Nolan Baumgartner out on the coaching side. Bruce Boudreau and Scott Walker in on coaching staff.

Meanwhile, Scott Walker will be joining the coaching staff after having previously worked in player development roles for the Canucks from 2015 to 2019.

After being named the Canucks general manager back in May 2014, Jim Benning had a tumultuous relationship with the fan base, to say the least.

Benning’s Canucks missed the playoffs in five of seven seasons under his watch.

Benning’s legacy on the Canucks is largely defined by his draft picks, such as Elias Pettersson, Quinn Hughes, Brock Boeser and Vasily Podkolzin.

But he’ll also see his era defined by big moves that didn’t quite have their intended success: drafting Olli Juolevi fifth overall and seeing him play just 23 games for the team, signing Tyler Myers to a five-year deal, signing Loui Eriksson to a six-year deal, amongst a host of others.

The Canucks currently are in eighth in the Pacific Division, with an 8-15-2 record following a 4-1 loss to the Pittsburgh Penguins on Saturday night.