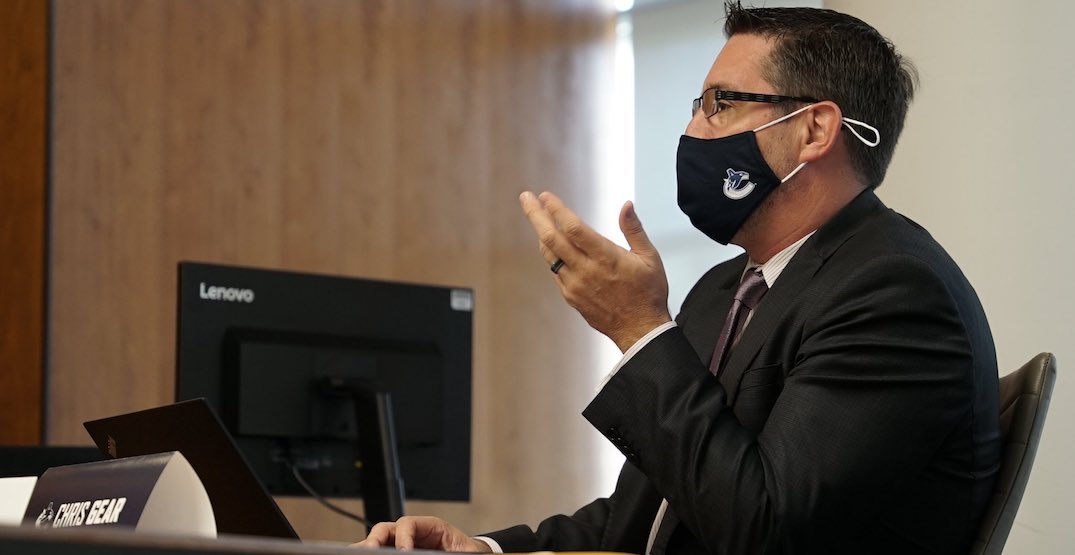 The Vancouver Canucks shook up their front office on Sunday, and it’s still not done shaking.

As first reported by Thomas Drance of The Athletic, the Canucks have fired assistant general manager and chief legal officer Chris Gear, as well as senior director of hockey operations and analytics, Jonathan Wall.

“On behalf of the entire organization, I would like to sincerely thank Chris and Jonathan for their dedication and commitment to the Vancouver Canucks,” said Stan Smyl in a media release. “They contributed greatly at both the NHL and AHL levels during their many years of service and played important roles across Canucks Sports and Entertainment business operations and community initiatives. They are both talented, hardworking people who will no doubt have success in the next chapters of their careers. We wish them all the best.”

The move comes one day after Jim Rutherford was announced as the team’s new president and interim GM. TSN’s Farhan Lalji is reporting that the decision to let go Gear and Wall were “in the works” before Rutherford was hired.

Gear had been with Canucks Sports and Entertainment since 2010, working initially on the business side. He worked as the vice president and general counsel, but began helping hockey operations about six years ago. Jim Benning promoted Gear to assistant general manager on January 7, 2020.

Wall was in charge of the analytics team, which includes Aiden Fox and Ryan Biech. He worked his way up the ladder, first joining the Canucks 23 years ago. Wall went from an intern to a scouting information coordinator before securing his most recent role in 2015.