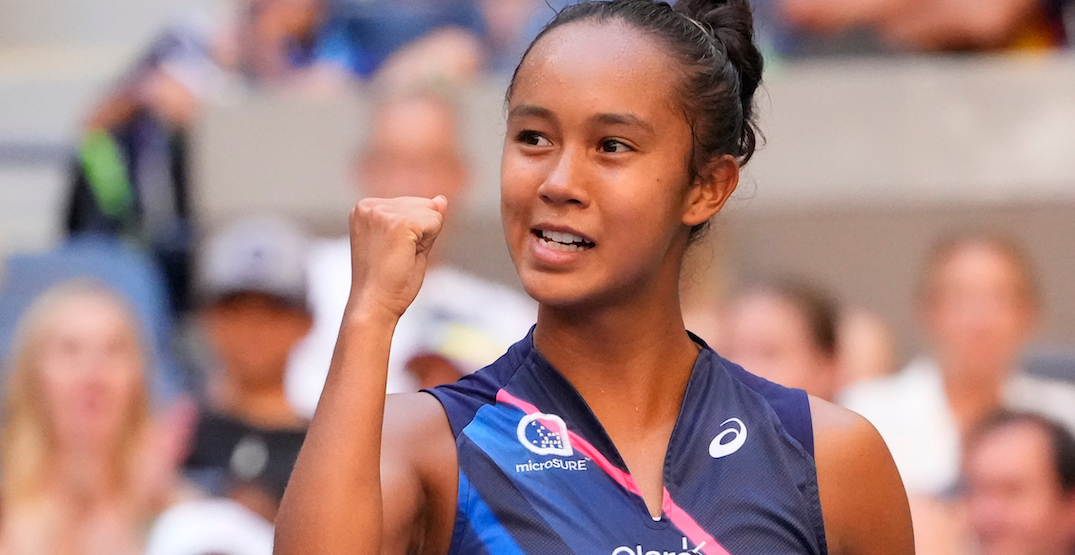 Canadian tennis players are turning heads at the US Open, with Leylah Fernandez booking her ticket to the semi-final, Bianca Andreescu making it to the Round of 16, and Felix Auger-Aliassime playing in the quarters tonight. Denis Shapovalov made it to the third round, and Vasek Pospisil pulled off a first-round upset.

By contrast, the United States didn’t have a single player in the Round of 16.

It was a fact not lost on John McEnroe.

Fernandez was asked what the secret to Canada’s success was in her post-match interview. Without hesitation the 19-year-old let the world know it was our superior maple syrup.

The secret to all the 🇨🇦 tennis success?

In classic Canadian fashion, Fernandez thanked everyone for their support post-match, including the fans in attendance.

“Thanks to you guys. To the crowd. To the New York crowd, cheering me on, fighting for me, and never giving up for me,” said Fernandez. “Thanks to you, I was able to push through today.”

Fernandez appeared to be fighting back tears at points after the match, clearly knowing the magnitude of her accomplishment.

Ranked 73rd in the world, Fernandez is just the third Canadian woman ever to reach the semi-finals at the US Open. She’s also the youngest player ever to defeat two top-five opponents at the same major since Serena Williams in 1999.

Leylah’s father is also her coach, but was unable to join her in New York. Her mother and sister were able to sit courtside for support though.

“I’m just very lucky to have my family over here, who are so serious and also very excited for me. They tell me after every match to enjoy it and tomorrow’s going to be a new day… I love you mom. I love you Bianca. Thank you for coming today.”

Fernandez will play in the semi-finals on Thursday against the winner of No. 2 seed Aryna Sabalenka and No. 8 seed Barbora Krejcikova.