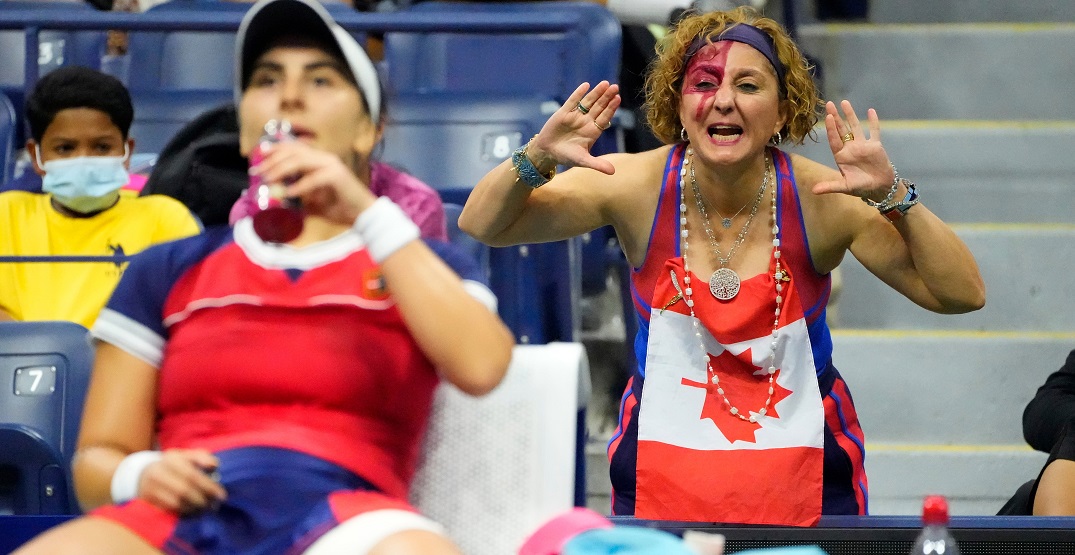 Bianca Andreescu’s US Open match last night went past 2 am local time, but at least one dancing fan still had enough energy to keep the crowd entertained.

Though Andreescu lost in a heartbreaker by a 6-7, 7-6, 6-3 score to Greece’s Maria Sakkari, one dancing fan kept up the energy throughout the night.

Shown multiple times on the broadcast, a woman with a David Bowie-esque facepaint was seen in the aisles behind Andreescu, showing off her best moves.

We've seen a lot of dancing this #USOpen but this is the most Canadian by far. pic.twitter.com/IFFEYEQs8i

Talk about making the most of the opportunity. 😂 https://t.co/NBYRbM6BHI

Unfortunately for the Canadian tennis star, the anonymous dancing fan might’ve been having a better night.

Andreescu had to stop the match multiple times for medical attention, as it appeared she was grinding through a lower-body injury, especially as the night wore on.

After Andreescu was ousted, Leylah Fernandez is the last remaining Canadian in the women’s draw at the US Open. She takes on Elina Svitolina later today. Meanwhile, Canada’s Félix Auger-Aliassime will be taking on Carlos Alcaraz in a men’s quarterfinal tonight.