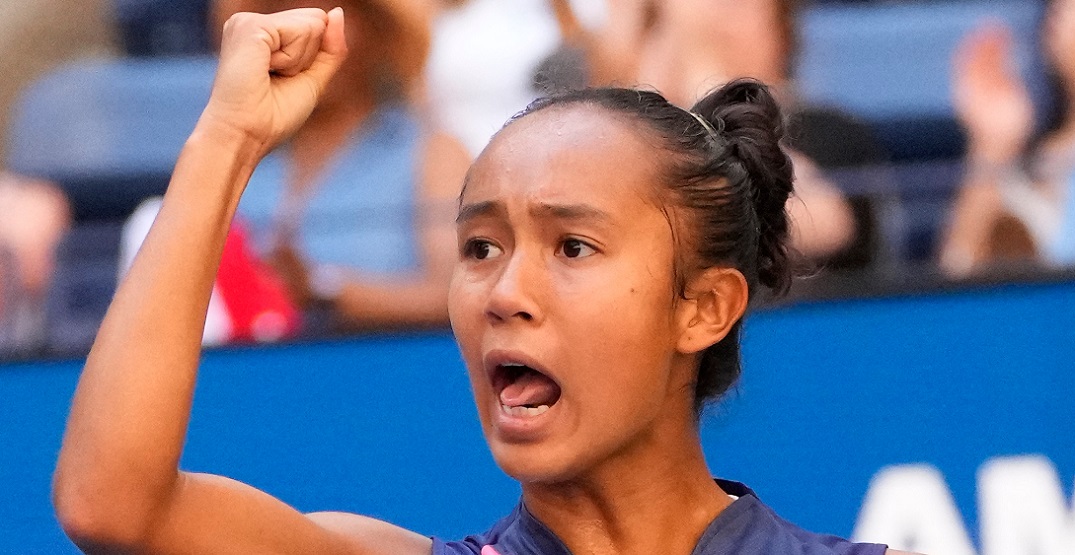 Fernandez had a match to remember on Tuesday afternoon at the US Open quarterfinals, topping Ukraine’s Elina Svitolina 6-3, 3-6, 7-6 at New York’s Arthur Ashe Stadium.

“I honestly have no idea what I’m feeling right now,” Fernandez said in a post-match on-court interview. “Throughout the whole match I was so nervous.”

Leylah Annie-Fernandez is off to the semi-finals at the #USOpen! pic.twitter.com/vgfYBzwZvt

It was the third consecutive upset for Fernandez, who had already knocked off Naomi Osaka and Angelique Kerber, both former world champions.

Fernandez prevailed in a tight third set, which ended up in a tiebreak. Fernandez came out on top by a 7-5 score.

Fernandez, who is coached by her father Jorge, said her dad’s advice from back home helped her get through the match,

“He told me to go out there, have fun, fight for every ball, fight for every point,” Fernandez said. “[My dad said] today is your first [Grand Slam] quarterfinals, don’t make it your last.”

Fernandez herself is currently ranked 73rd in the world, while Svitolina is ranked fifth.

Prior to this year’s US Open, Fernandez’s previous best result at a Grand Slam event came at the 2020 French Open, where she reached the third round.

In true Canadian fashion, the 19-year-old Fernandez said she’d celebrate the win with some maple syrup.

Fernandez is the last Canadian woman remaining in the tournament. After 2019 US Open champion Bianca Andreescu was defeated late last night by Greece’s Maria Sakkari in a three-set thriller.

Fellow Montreal native Felix Auger-Aliassime will play in a quarterfinal match of his own in the men’s singles bracket later tonight, taking on Spain’s Carlos Alcaraz.