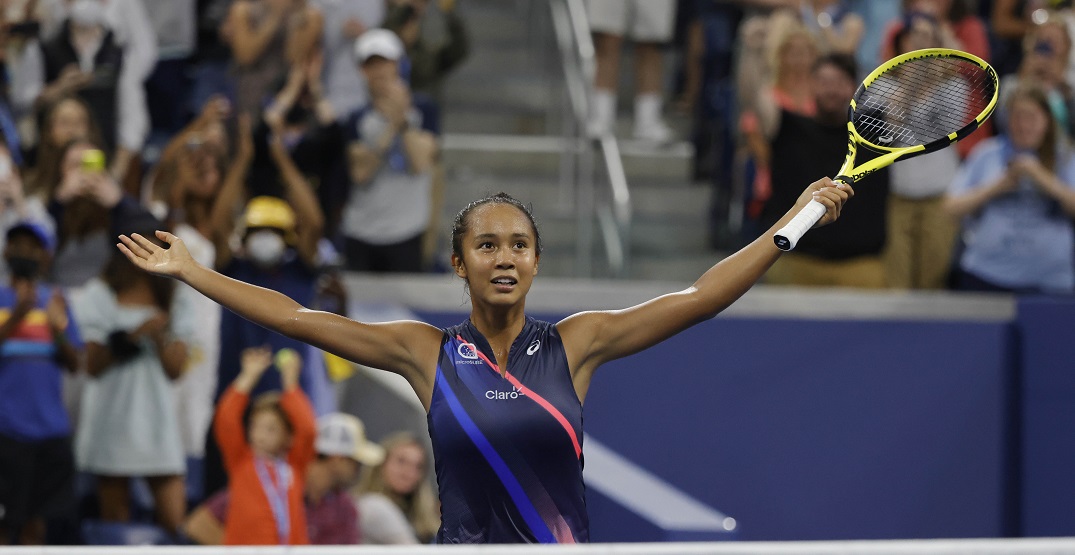 Canadian tennis star Leylah Fernandez has been making headlines for her performances at the US Open over the past week. Competing later today in the Grand Slam tournament’s quarterfinal, the Canadian youngster is currently on the best run of her professional career.

Here are five things you should know about Canada’s rising star:

You’ll no longer be hearing “18-year-old Leylah Fernandez” on broadcasts. Fernandez turned 19 while competing at the US Open, complete with some cupcakes and a visit from tennis legend and activist Billie Jean King.

She’s already had a pair of signature wins

Part of what makes Fernandez’s run special so far is who she’s been able to defeat. After beating Japan’s Naomi Osaka (ranked No. 3 in the world) on Friday night, Fernandez followed that up with an emphatic victory over former world No. 1 Angelique Kerber on Sunday.

Born in Montreal, Fernandez is of mixed descent with her father Jorge Fernandez, hailing from Ecuador and her mother, a Filipino-Canadian. Her heritage has provided her with the opportunity to become fluent in English, French, and Spanish.

Funnily enough, one of her younger sisters is named Bianca, and she also plays tennis.

Fernandez competed for Canadian this past year at the Tokyo Summer Olympics, defeating Ukraine’s Dayana Yastremska in the first round in three sets.

World No. 9 Barbora Krejčíková eventually beat Fernandez in the second round in two sets, but it was still a strong Olympic debut for the then-18-year-old.

She still looks up to her tennis idols

Even though Fernandez has become one of the best tennis players in the world herself, she’s still finding time to pay homage to her idols.

Fernandez also found some time to train at Rafael Nadal’s academy in Spain.

Fernandez grew up in Montreal as an 11-year-old when Quebec’s Genie Bouchard went to the 2014 Wimbledon final. The pair snapped a couple of pictures together at the 2020 French Open: