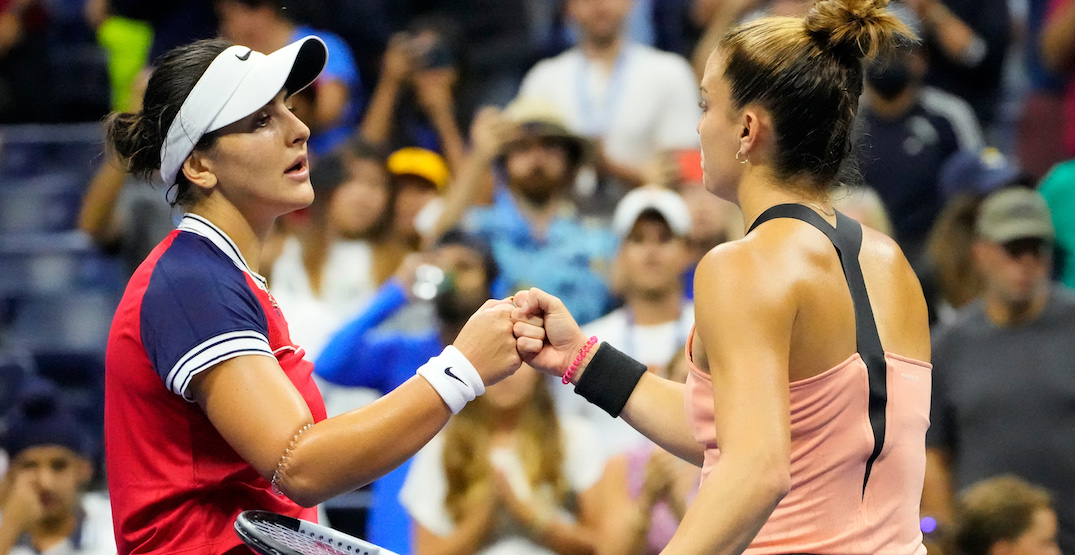 Bianca Andreescu has suffered a long, painful exit at the US Open.

The match lasted three hours and 30 minutes — just 10 minutes shy of the tournament record for a women’s singles match. No US Open women’s match has ever ended later than this one, which wrapped up at 2:15 am Tuesday morning in New York.

The heart of a champion and more.

Andreescu bravely played through an injury in the third set, grimacing in pain and collapsing on multiple occasions after getting her left leg wrapped during a medical timeout.

The Canadian held a 2-0 lead in the third set before her injured leg began to cause her trouble. Andreescu held a 3-2 lead in the set when she called for a medical timeout and essentially played on one leg the rest of the way. 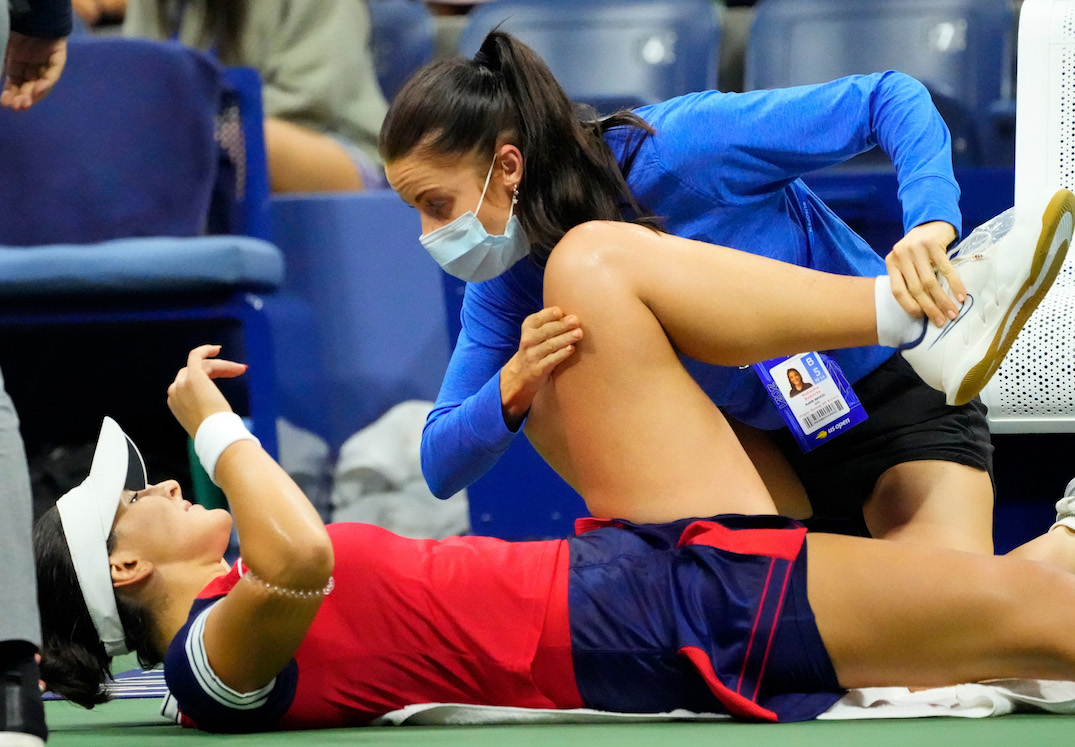 She was clearly in agony but refused to give up.

This is the first loss Andreescu has suffered at the US Open in her young career, as the 2019 champ was 10-0 at the tournament heading into this match.

Canada has two more hopefuls left in the US Open singles draws, as both Leylah Fernandez and Felix Auger-Aliassime will play quarter-final matches on Tuesday.