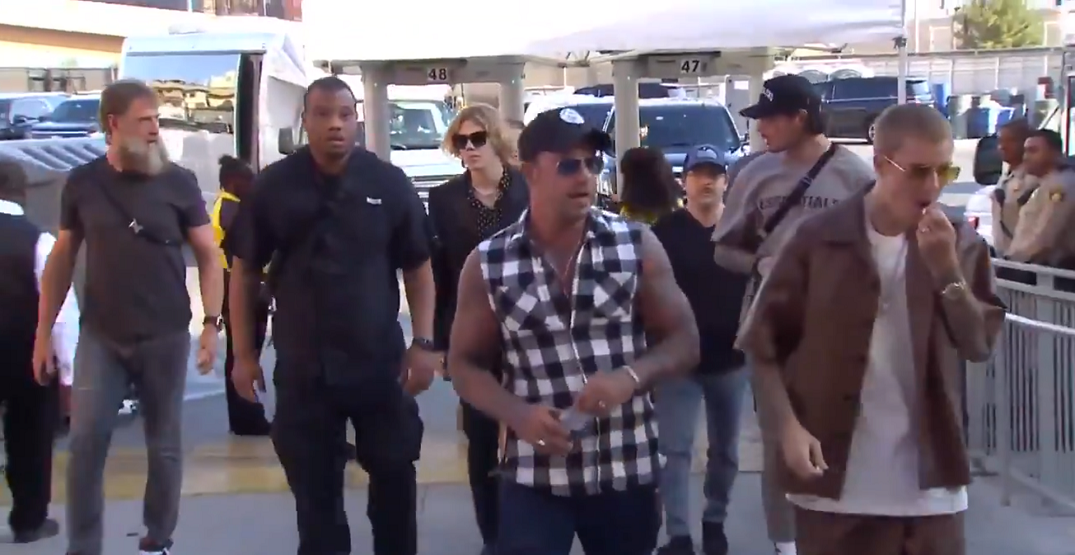 The stars of the sports and entertainment worlds were out for last night’s UFC 264 megafight between Conor McGregor and Dustin Poirier at Las Vegas’ T-Mobile Arena.

One particular trio contained the 2021 Rocket Richard Trophy winner, the 2006 Hart Trophy winner, and a two-time Grammy Award winner as Auston Matthews, Joe Thornton, and Justin Bieber all took in the fight together.

Just look at how happy the two Toronto Maple Leafs teammates are to be hanging out.

A couple @MapleLeafs in the building! @AM34 and Joe Thornton taking in the action at #UFC264 🍁 pic.twitter.com/NpOIewvMcN

Justin Bieber, Auston Matthews and Jumbo Joe are in the building tonight for #UFC264. 👀

Rapper the Kid Laroi was also walking into the fight with Bieber’s (or is it Matthews’? Thornton’s?) entourage.

Poirier won the main event of UFC 264 at the conclusion of the first round after McGregor suffered a gruesome ankle injury and the fight was stopped. It was Poirier’s second victory over McGregor this calendar year, after beating him by second-round knockout back in January.

The pair of Bieber and Matthews were also spotted at June’s UFC 263 card at Arizona’s Gila River Arena, with Frederik Andersen also tagging along for the ride that evening.

But after last night’s fights ended, the party didn’t stop for the Leafs’ forwards.

It is Vegas, after all.

It’s not the clearest video, but a post from model Kendall Jenner shows Matthews and Thornton on what looks like a party bus while Bieber dances to Bia’s “WHOLE LOTTA MONEY.” 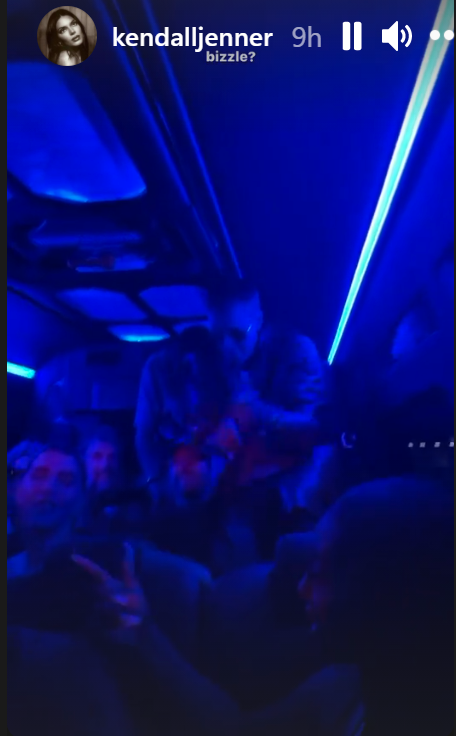 Even though their off-ice friendship appears strong, it is unclear exactly if the pair of buds will play together again next year.

Thornton, who signed with the Leafs in the summer of 2020 after 22 seasons in San Jose and Boston, is currently without a contract for next season. The 42-year-old forward suited up for 44 games for the Leafs this year, picking up five goals and fifteen assists.

Matthews, meanwhile, had one of the best seasons in Leafs history, with 41 goals in just 52 games as he led the NHL in goal-scoring for the first time in his five-season career.