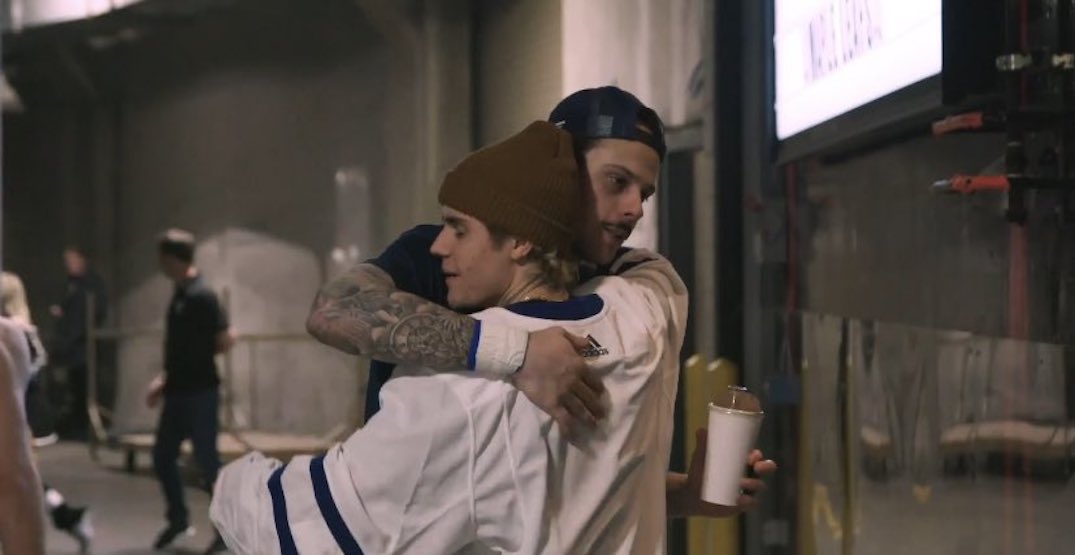 The love Justin Bieber has for his favourite hockey team has led to a new Toronto Maple Leafs-themed music video.

The video is to accompany his latest single, Hold On. Bieber calls the video “a love letter to the Maple Leafs.” It features game highlights, behind-the-scenes footage of the team in action, and shots of Bieber’s friendship with Leafs’ stars such as Auston Matthews and Mitch Marner.

“Special thanks to the Leafs and the NHL,” the Stratford native wrote in a tweet that accompanied the music video.

Bieber’s friendships with some of the Leafs’ biggest stars dates back a few years now. Marner, Matthews and Bieber, plus former Leaf Tyson Barrie, suited up for some shinny hockey in Stratford in December of 2019.

Quick game of shinny with some Buds

Bieber has often been seen cheering on the Leafs pre-COVID and at times throughout the season. He and Matthews also joined forces on Instagram Live during the pause.

Hold On was officially released March 5 and is the fourth single from his sixth studio album, Justice, which is set to come out on March 19.