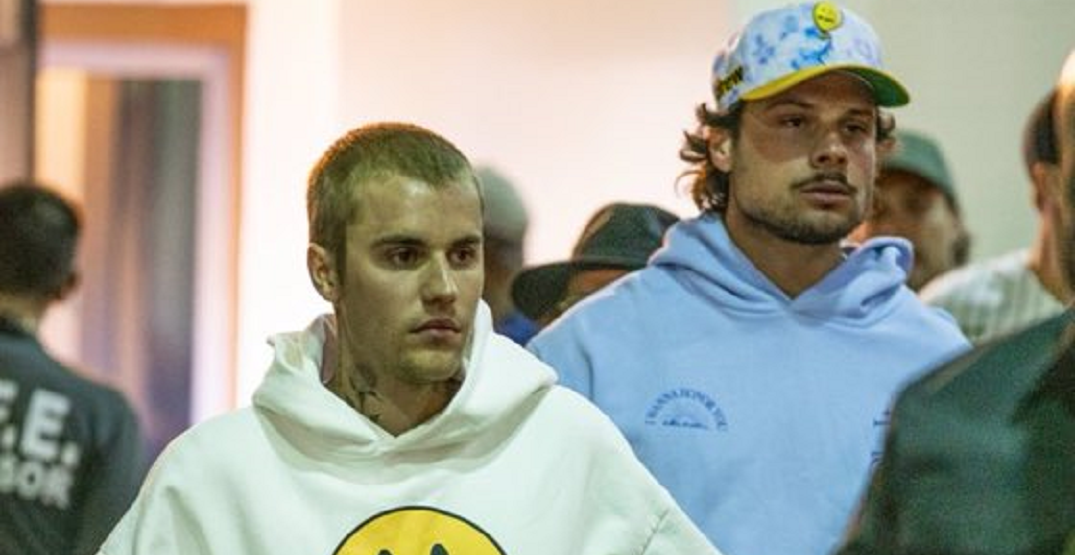 You can always count on big UFC cards to have their fair share of celebrities.

Saturday’s UFC 263 was no exception, with Justin Bieber pulling up along with Toronto Maple Leafs players Auston Matthews and Frederik Andersen to watch the action-packed event.

Bieber said he wasn’t in the mood for predictions, but rather just there “for a good time.”

Many were quick to point out that various media outlets – including the UFC themselves, ESPN, and TSN – didn’t acknowledge all three members of the friend group, who have been pals for a few years.

In UFC and ESPN’s case, they only mentioned Bieber, while TSN pointed out Matthews as well, but left out Andersen.

The NHL is going to ESPN and they put out that Bieber is at UFC and didn’t even mention Matthews/Andersen https://t.co/0L0kvLLTAe

There were, of course, a few jokes sent at Matthews due to the way the Leafs’ season ended:

Look at that Auston Matthews and Justin Bieber sighting

Auston Matthews knows very well what it's like to be Jamahal Hill tonight…getting knocked out in the first round pic.twitter.com/OrRpY0PAkE

Auston Matthews trending in June… you know he must be out with Bieber cause it sure isn’t for hockey pic.twitter.com/s0QSbSpRjj

Nigeria’s Israel Adesanya came out on top in the main event over Italian Marvin Vettori, defending his middleweight title with a five-round unanimous decision.

American Nate Diaz’s return to the octagon ended in a loss to Brit Leon Edwards in a thrilling five-round battle.

People will say this nearly every fight, but the next major UFC PPV on July 12 in Las Vegas really is one of the most anticipated cards of all time. Headlined by Conor McGregor and Dustin Poirier, the pair will face off for a third time after Poirier knocked out McGregor for the first time in his career this past January.

Strangely, the fight could occur around the same time as a potential Vegas Golden Knights Stanley cup final berth. Who knows what kind of entertainment will be in store for that one.