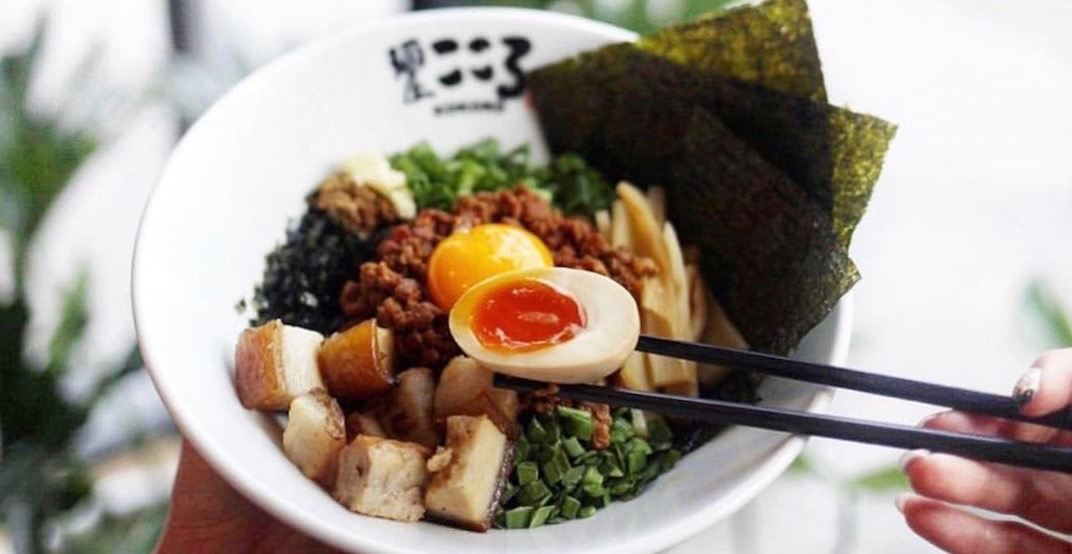 Looks like the world’s largest mazesoba chain is expanding into the Lower Mainland.

Kokoro Tokyo Mazesoba announced today that it will be opening its third BC location in two years.

The new outpost will be located at 531 North Road in Coquitlam, and they are planning to open sometime around mid-February.

The brand, which hails from Tokyo, has franchise locations throughout Japan, Indonesia, Singapore, Thailand, and Spain. Its Vancouver location (which opened in 2018) was its first in North America.

Kokoro Tokyo Mazesoba is known for its mazesoba (soupless ramen) made with soba noodles made in-house along with raw egg yolk, chives, minced garlic, pork, ground saba fish, and seaweed flakes to name a few.

Kokoro Tokyo Mazesoba has two locations in BC, one in downtown Vancouver 551 Seymour Street, and one in North Vancouver at 100 1st Street E.

This is just one of many new ramen joints that have recently opened or are gearing up to open soon in Metro Vancouver.

We’ll keep you posted when an exact opening date is revealed. Until then, check out these renderings of the new restaurant.