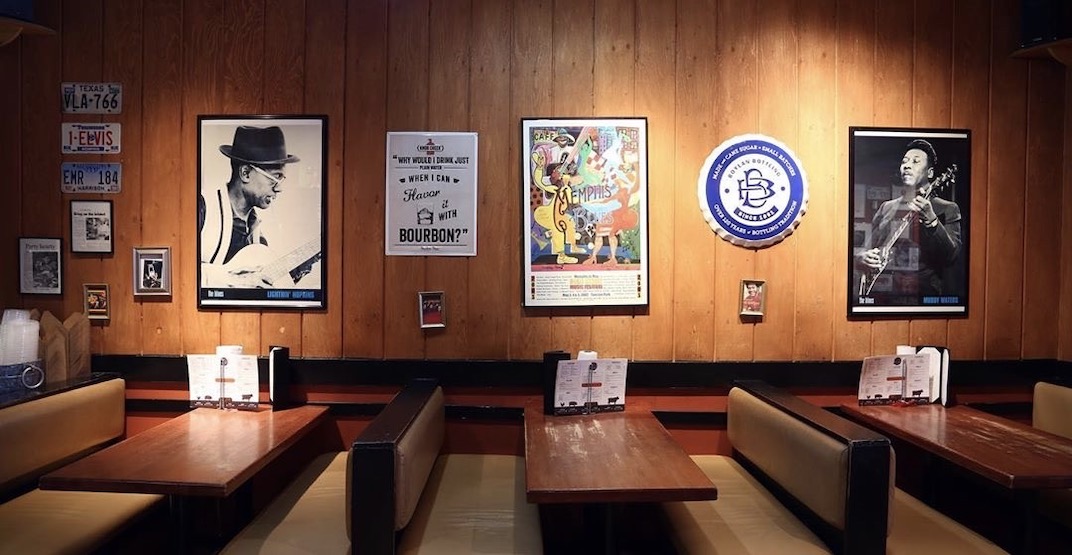 We’ve known that Memphis Blues would be shuttering its original West Broadway location for a while, but that doesn’t make us any less sad to report they’ve officially closed.

Owner George Siu told Daily Hive that the 1465 West Broadway location of the business would be closing its doors sometime in late January, and it looks like the spot’s last weekend of operation has passed.

This is the original Memphis Blues, known for serving up award-winning BBQ specialties for the past 19 years.

Shortly after agreeing to this, Memphis Blues received a letter saying they had 90 days to leave the premises, leaving Siu locked in to pay up until the last day of occupancy under the new contract.

“A deal like this doesn’t come together overnight; this had been in the works a while,” says Siu.

Read more details about this story here, and if you’re craving Memphis Blues grub, you can still head to the brand’s East Vancouver location at 1342 Commercial Drive.