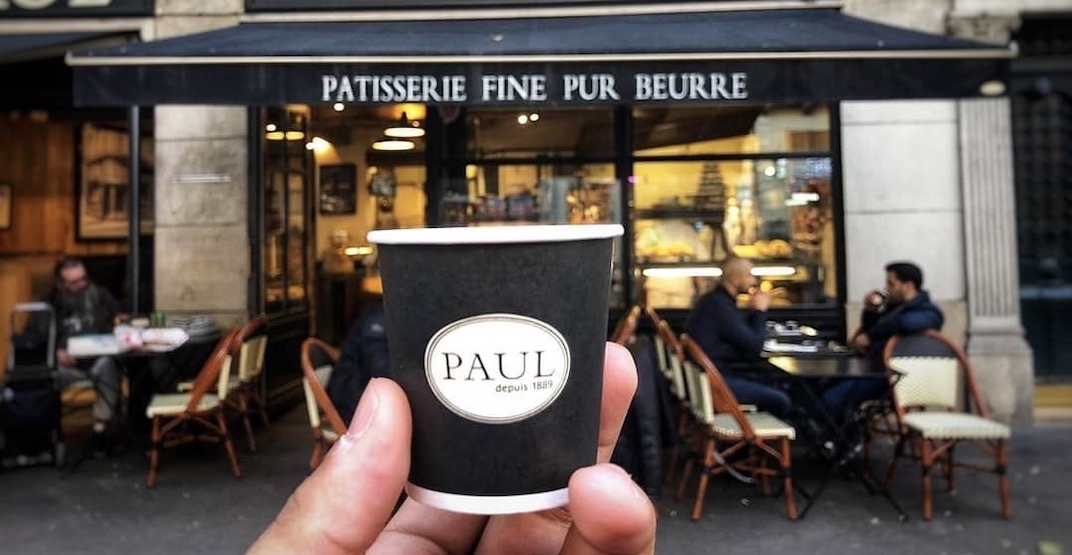 A legendary French name is officially setting up shop in Vancouver.

PAUL, a 131-year-old bakery cafe originating from Northern France, will be opening up its first Canadian location in downtown Vancouver soon.

Founded in Croix in 1889, PAUL now operates 620 shops (branches and franchises) in 34 countries, and it looks like Canada’s next on the list for the worldwide brand.

Folks around the globe will recognize PAUL’s signature black shopfront once it opens at 1164 Robson Street.

PAUL is owned by the HOLDER Group, which also operates another famous French concept — Ladurée (which also happens to be located right across the street from PAUL’s future Vancouver store).

Daily Hive has reached out to PAUL for more information on the opening — stay tuned!