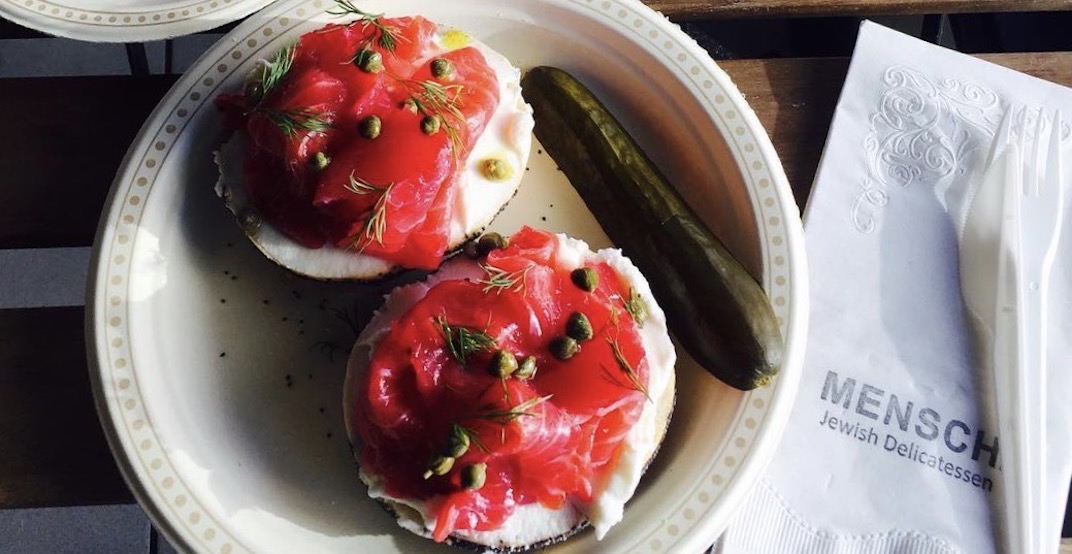 Vancouver’s getting a Jewish deli brunch pop-up next month thanks to Mensch Jewish Delicatessen.

The pop-up has been running events on select nights over the past few months, and due to an outpour of support and demand, a brunch edition is officially in the works.

On February 16, folks who head to Kafka’s Coffee (577 Great Northern Way) can enjoy a selection of special eats such as Hot Pastrami Shakshuka on a Latke, Eggs on Lox, Mensch’s Famous Reuben Sandwich, Egg Salad on a fresh Challah, Bubbe’s Sweet Cheesecake Blintzes with Fruit Confiture, and more.

Everything kicks off at 11 am on February 16, and it’s first come, first served seating.