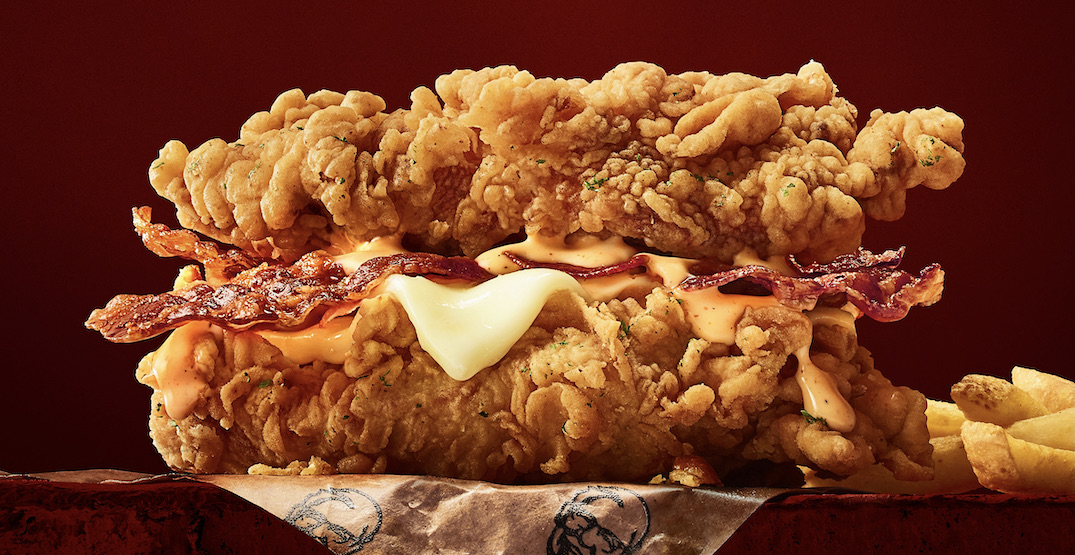 KFC’s best-selling sandwich of all time, the Double Down, is officially making a comeback in Canada.

The fast-food chain’s popular handheld has been off menus for over a decade. KFC first launched this morsel in October 2010 when it sold over 250,000 sandwiches in its first two weeks on the market.

This sandwich, what the company coins as the “GOAT of fried chicken sandwiches” is back for a limited time only.

The bun-less sandwich (the world’s first-ever, according to KFC) is made with bacon, Canadian Monterey Jack cheese, and KFC’s finger-lickin’ good sauce, sandwiched between two seasoned extra crispy chicken fillets.

It will be available officially on Monday, October 4, but early access starts today at some locations.

The Double Down will soon be available at all participating KFC Canada restaurants across the country until November 7, or while quantities last.