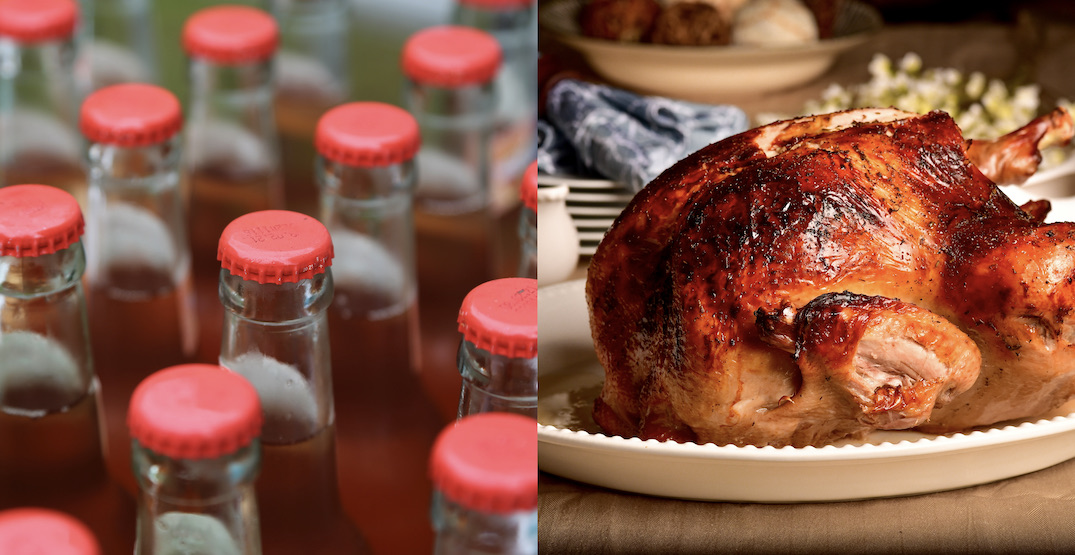 There’s no need to make an entire Thanksgiving dinner this year if you’re short on time and supplies, as Turkey & Gravy Soda is a thing, and you can get it here in Canada.

Unlike some of the other viral (and questionable) food and beverage launches that made us do a double-take, Jones Soda’s seasonal sip can be found at select stores across the country now for a limited time.

Folks lucky enough to spot one of the limited-edition 35,000 bottles will find them throughout Canada in select Buy-Low Foods, AG Foods, Nesters, Federated Co-op, Rabba, and Little Short Stop stores.

Each bottle is individually numbered for collectability. 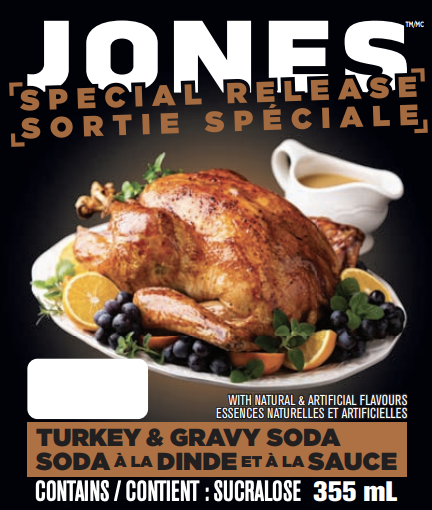 This is the first time in a decade that the brand’s Turkey & Gravy Soda has been revived. It was first introduced in 2003 when it helped put Jones Soda “on the map,” according to the company.

The festive, meat-inspired flavour is part of Jones Soda’s Special Release program. Every six months, a rotating series of new and retired flavours are introduced for soda-lovers.