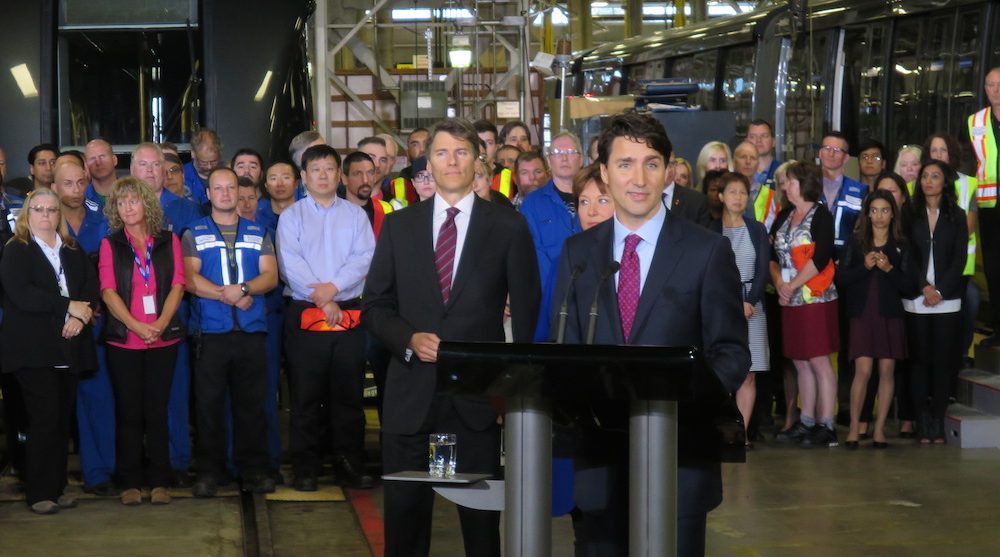 There will be a major announcement regarding the future of public transit in Metro Vancouver on Tuesday afternoon.

Prime Minister Justin Trudeau will be in attendance at the announcement, which is happening at Simon Fraser University’s Surrey campus. Vancouver Mayor Gregor Robertson and Surrey Mayor Linda Hepner will both be in attendance.

At this time, the precise details are unknown, but this announcement is expected to relate to the Mayors’ Council’s $7.3-billion Phase Two transit expansion plan, with Trudeau reaffirming the federal government’s funding commitment towards the investments.

This plan, of course, includes the $2.83-billion underground extension of the Millennium Line to Arbutus Street in Vancouver and the $1.65-billion Surrey Newton-Guildford light rail transit project.

Trudeau’s last transit announcement in Vancouver was in June 2016 when he announced the federal government’s commitment of $370 million towards the Phase One transit expansion plan.