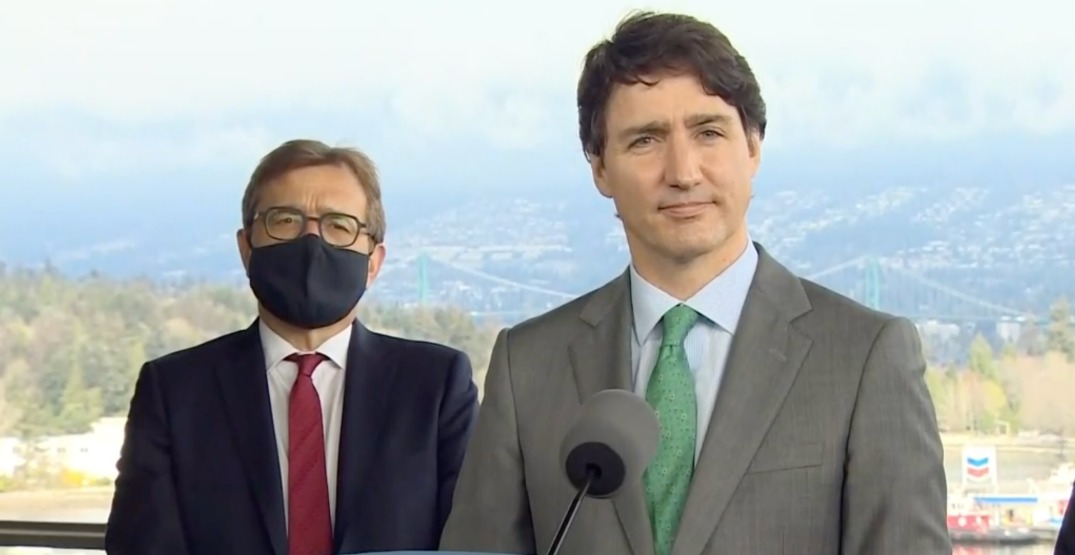 It’s possible the prime minister could have a run-in with convoy protesters during his time in Vancouver on March 29.

Justin Trudeau started his day in the city with a keynote address at the Vancouver Convention Centre for the well-attended GLOBE Forum.

The rest of his day is jam-packed until the evening, when he and convoy protesters could cross paths outside the Fairmont Hotel.

When Trudeau arrives at the Fairmont Hotel for a Liberal Party fundraiser this evening, Vancouver convoy protesters hope to stop him in his tracks. They’re demanding all public health regulations be dropped, among other calls to action.

According to a tweet from someone participating in the convoy, it started in the morning in Chilliwack before moving to 176 Street around noon and then travelling downtown.

Justin Trudeau in Vancouver today. Convoy protest starting in Chilliwack at 10am and driving to Fairmont downtown to say hello. Be there if you can! pic.twitter.com/NMwDpYwkDv

“This one is a big one,” said a Twitter user who posted about the convoy. “Let’s see how big and fast we can get it.”

Another user responded, “Can’t be there myself, but if anyone’s going, be sure to give Justin a friendly #HonkHonk from me.”

After Trudeau’s keynote in the morning, he spoke to media alongside Minister of Environment and Climate Change Steven Guilbeault and Minister of Natural Resources Jonathan Wilkinson. He also met with BC Premier John Horgan.

Trudeau will be visiting the Williams Lake First Nation later this week, where he will talk about his government’s commitment to reconciliation.