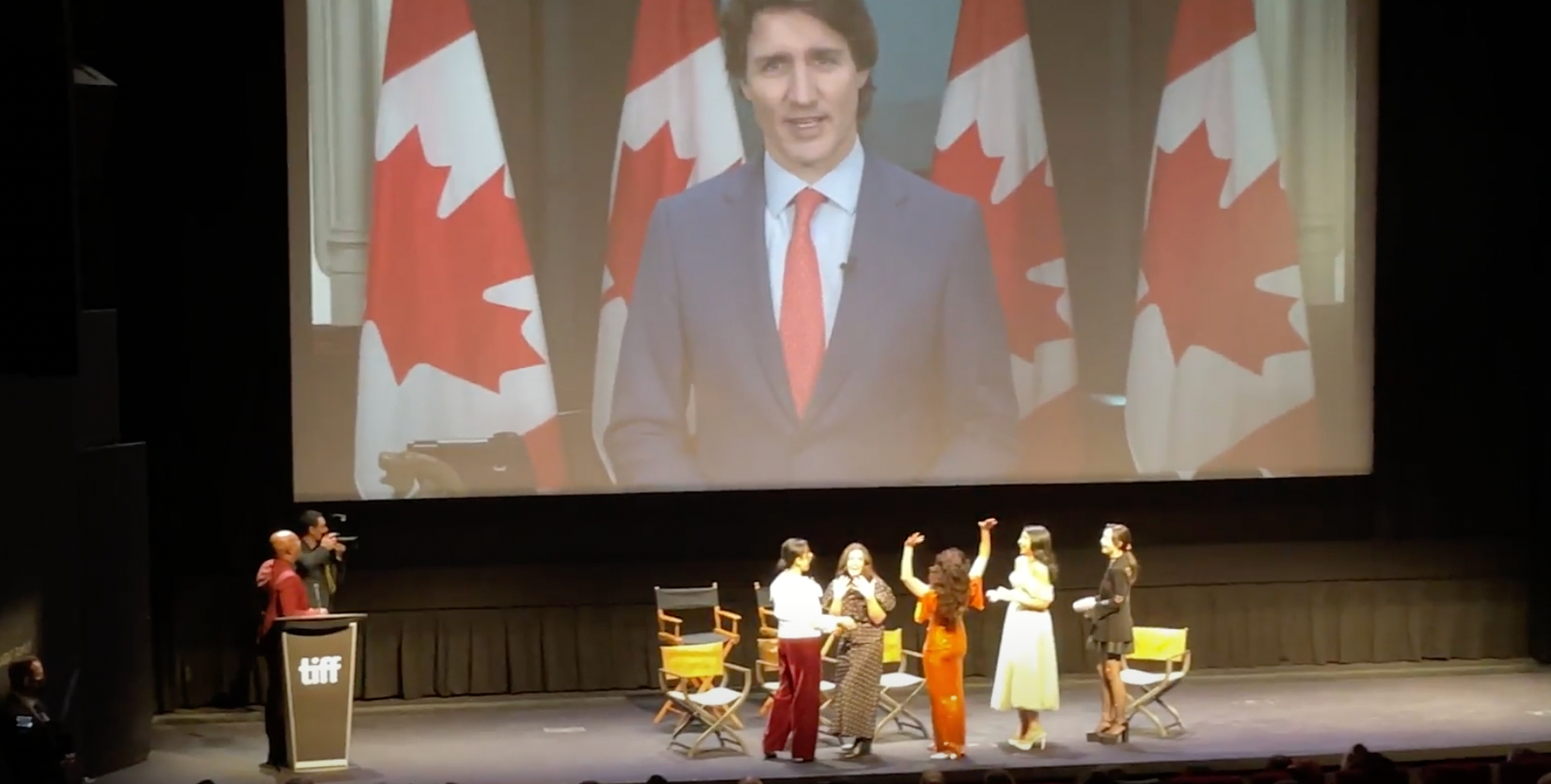 At the premiere of Turning Red, the cast of the film was shown a surprise greeting from a “fan,” and it turned out to be none other than Prime Minister Justin Trudeau.

“I’m pleased to share a surprise special greeting from a fan of the film,” announced Bailey. “So let’s have a look on the screen.”

The stars turned around to see Prime Minister Trudeau addressing them in a recorded message from his office, and congratulating them for making history.

“Hello everyone,” he said making spectators break into cheer and applause and absolutely stunning the star panel. “It’s great to be here on International Women’s Day, at the TIFF screening of Turning Red.”

He went on to call the film “a masterful representation of Canada, culture, and diversity from Domee Shi to Sandra Oh, Maitreyi Ramakrishnan, and countless other Canadians.”

“Turning Red is made by some of the best in Canadian animation and filmmaking,” he said. “Not only does this film tell the story of female empowerment, it also exemplifies it, and that’s thanks to its all-female team and largely female voice cast that brought the story to life.”

Rosalie Chiang debuted as the voice actor for the film’s protagonist Meilin “Mei” Lee, a Chinese Canadian eighth-grader. Ramakrishnan, the breakout Netflix star from Mississauga, played the role of Mei’s friend Priya, who’s tough outside but a total softie deep down. The cast’s genuine Torontonianisms make the film all the more authentic.

“Whether it’s the TTC streetcar or the CN Tower, Torontonians will recognize their home in this film,” Trudeau said in the heartfelt message. “And for young kids anywhere in Canada, this coming-of-age story recognizes the struggles of growing up, and the challenges moms and dads face as it happens — something that all of us parents can relate to.”

Parents in the crowd sighed in agreement.

“Congratulations to everyone involved in this production to everyone in the audience,” Trudeau concluded. “Enjoy this love letter to your city and our country.”

Turning Red follows the adventures of young Meilin, who struggles to meet the sky-high expectations of her mom while dealing with puberty, crushes, embarrassing situations, and being an average teen girl. Will she choose to obey her overprotective mom or rebel freely with her friends? Or is there a third way out?

To find out, watch the movie on Disney+ starting March 11.