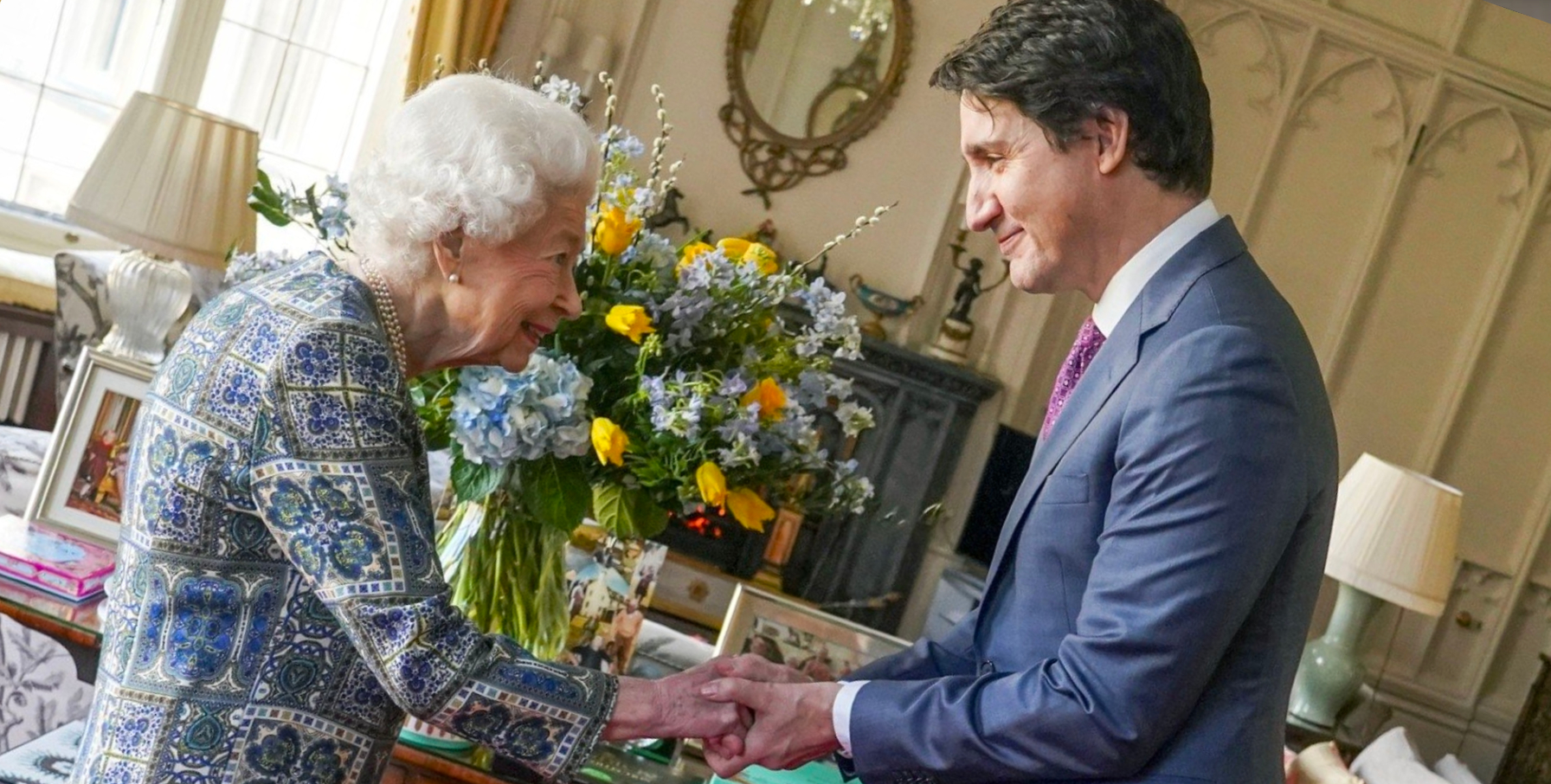 The Royal Family shared a photo of the two holding hands. It is the first time the Queen has met Trudeau since her COVID-19 diagnosis.

“This afternoon, The Queen received the Prime Minister of Canada Justin Trudeau, for an Audience at Windsor Castle,” The Royal Family wrote on their official Twitter account.

🇨🇦 This afternoon The Queen received the Prime Minister of Canada, @JustinTrudeau, for an Audience at Windsor Castle.

If you’re wondering what an Audience is, here’s how the Royal Family describes it on their website:

An Audience is simply a one-to-one meeting with The Queen. Audiences happen regularly throughout Her Majesty’s working week. The majority of Audiences are for members of the diplomatic community, though Her Majesty also welcomes political, religious and military leaders, and people who have won prestigious cultural prizes. Audiences generally last approximately twenty minutes, and the conversations which take place are entirely private. No written transcript or recording is made.

This private meeting comes after PM Trudeau announced plans to tour Europe and speak to nations allied with Ukraine against the Russian invasion. He embarked on his trip on Sunday.

His itinerary, published on March 4, outlined a stop in London on March 6, where he’d be meeting the Prime Minister of the UK, Boris Johnson, and Netherlands Prime Minister, Mark Rutte, to “coordinate additional responses to Russia’s blatant violation of international law and the United Nations Charter.” The Audience held with Her Majesty is also included.

So far, no images or notes about the meeting with the Queen have been shared on Trudeau’s social media accounts.

On Wednesday, he’s expected to head to Berlin to meet Olaf Scholz, the Chancellor of Germany, and President Frank-Walter Steinmeier.

Finally, a meeting with Polish President Andrzej Duda is scheduled for March 10 in the capital city of Warsaw.

Aside from the situation in Ukraine, Trudeau will also be sharing key priorities with international partners and allies, including trade, economic growth, climate action, and human rights.