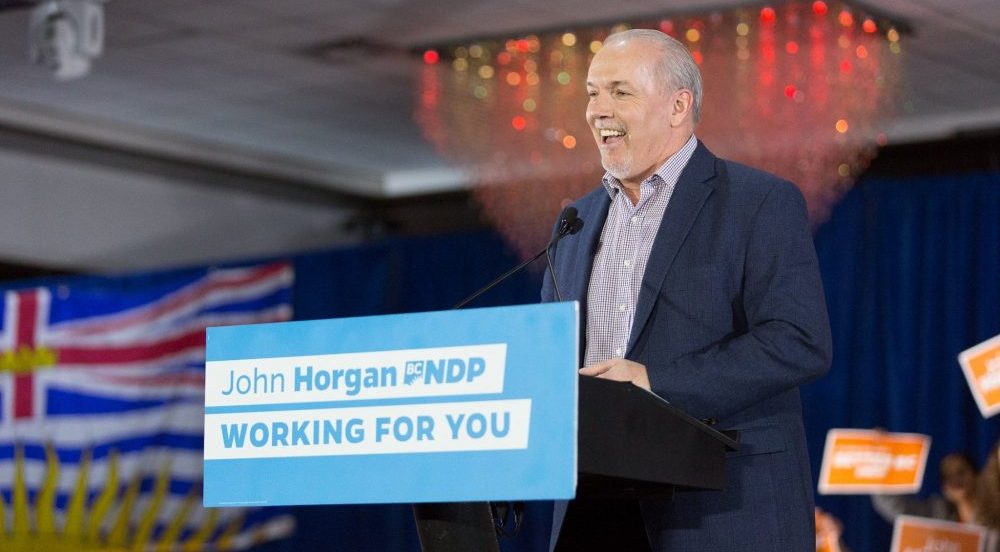 Days before the provincial election, John Horgan’s BC NDP has suddenly sped up its timeline on bringing rideshare services like Uber and Lyft to British Columbia – much sooner than the party initially stated.

“The reliance on and demand for ridesharing is growing, and BC needs to be ready for it. John Horgan and the BC NDP support the passing of new rules to introduce ridesharing to BC in 2017,” says the statement, which was posted on the party’s website on May 4.

But this contradicts what Horgan, himself, said just days earlier.

“I’m probably not your guy if December is your deadline,” Horgan told Daily Hive’s editorial team in a sit-down interview.

“I’m not following [the Liberals’] plan. Rideshare is coming and we have a plan. We are going to open up hearings to have people come and tell us how and why we should do it.

When pressed, Horgan said a BC NDP government could bring rideshare to the province as early as May 2018, but blamed the BC Liberal government for delaying the process.

“They waited ’til the last minute, they didn’t tell us anything. Like, it was all for advantage rather than for public benefit, and that’s why I don’t know when we are going to get it done.”

Shifting their timeline, the BC NDP join both the Greens and BC Liberals in committing to bring rideshare into the province by the 2017 deadline.

Which now means that, regardless of who wins on Tuesday, we’ll finally have rideshare in BC by the end of this calendar year.

To find out more about all the issues, young voter profiles, and interviews with the BC party leaders, check out our full BC Election coverage here: Battleground BC.