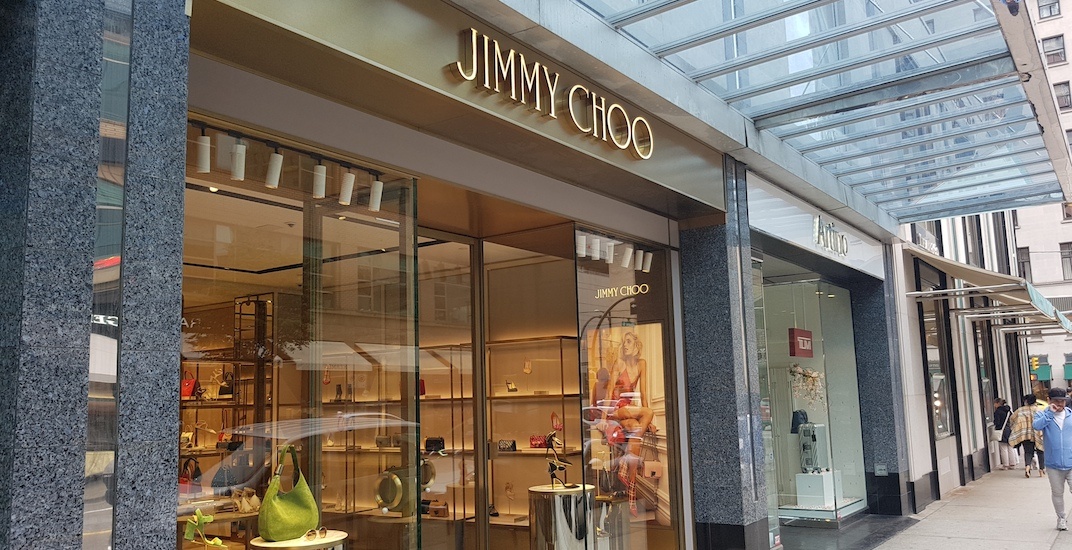 Another luxury fashion retailer has opened a presence on Alberni Street in downtown Vancouver.

The store is wedged between the former space of Italian Kitchen restaurant – set to become Montecristo Jewellers – and Artino. It is also near the Tiffany & Co. Vancouver flagship store, which tripled its retail floor area last year to 10,000 sq. ft.

Jimmy Choo opened its first Canadian store at Toronto’s Yorkdale Shopping Centre in 2014. Following the recent opening of its second store in the country in Vancouver, a third store will open in Toronto on Yorkville Avenue in late-2018.

The company, which sells handbags, shoes, fragrances, and accessories, has over 150 brick-and-mortar stores in Europe, USA, Hong Kong, China, and Japan.

International retailers are keen on entering the Vancouver market, but suitable and central retail space they desire in the downtown area is difficult to come by. Over the coming years, with a few more new luxury retail entrants squeezed in, Alberni Street from Burrard Street to Thurlow Street will further solidify as Vancouver’s luxury retail strip.

Some luxury retailers have even taken a more creative approach with establishing their physical presence. Earlier this year, Off-White opened a two-storey store in the laneway – on the rear of The Carlyle on the northern end of the Alberni Street retail strip.