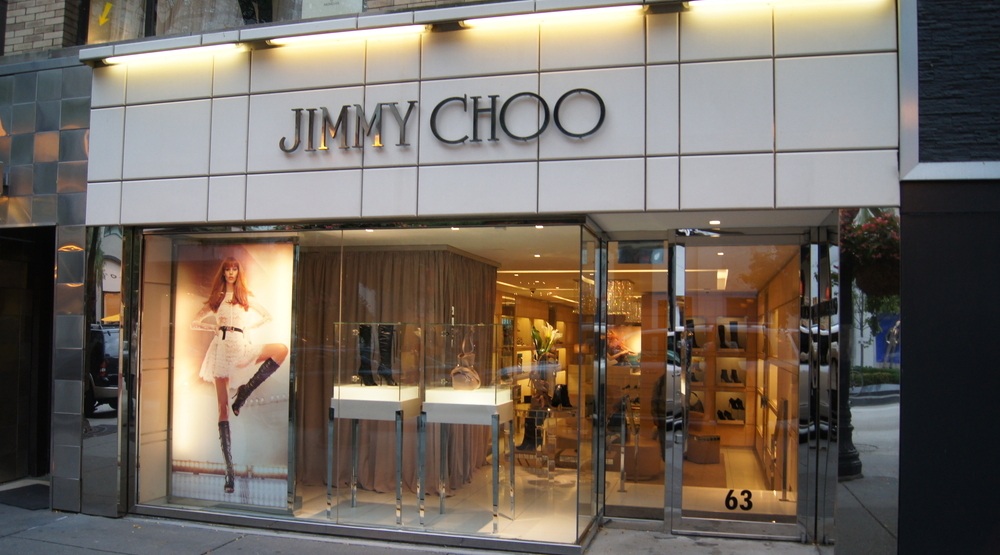 The exterior of a Jimmy Choo store in Chicago. (Jimmy Choo Chicago / Shutterstock)

Another major international luxury retail chain will be setting up a physical presence on Alberni Street, the luxury strip in downtown Vancouver.

London-based Jimmy Choo will open a new 1,549-square-foot location at 1035 Alberni Street, according to Retail Insider.

The men’s and women’s footwear retailer offers a variety of accessories including handbags, leather goods, scarves, sunglasses, belts, and fragrances, and its products can already be found in Holt Renfrew and Nordstrom.

In a recent interview with Vogue magazine, Jimmy Choo CEO Pierre Denis acknowledged that the luxury industry is in flux and is expected to see strong growth, particularly in the shoe sector.

“The market of luxury has changed,” he said. “We have had great growth for 20 years and in the last five years it has stalled.”  In response, moving forward the company will be focusing on casual wear, menswear, new generational shifts, and the further adoption of the digital world.

Jimmy Choo opened its first Canadian store at Toronto’s Yorkdale Shopping Centre in 2014, and its second store in Vancouver is anticipated to open in early-2018. A third store in the country will open in Toronto on Yorkville Avenue in late-2018.

There is high interest from international retailers on entering the Vancouver market, however, the suitable and central retail space they desire in downtown Vancouver is difficult to come by. Over the coming years, with new luxury retail entrants, Alberni Street from Burrard Street to Thurlow Street will further solidify as Vancouver’s luxury retail strip.