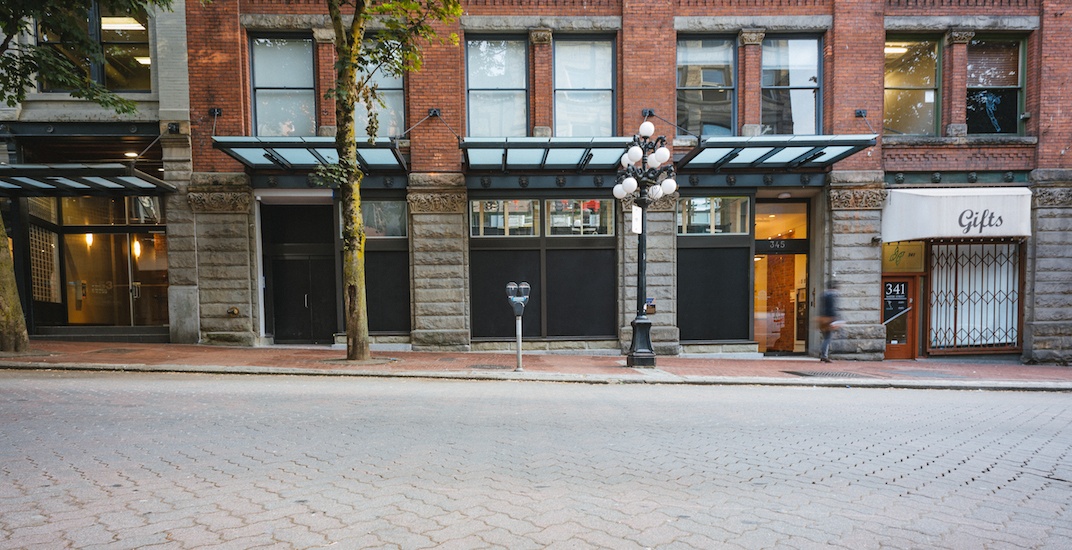 The location of the Herschel store in Gastown. (Herschel)

The Herschel flagship store opening in downtown Vancouver now has an opening date.

Last year, the Vancouver-based retro backpack manufacturer and retailer told Daily Hive it will be opening a 5,000-sq-ft store in the Gastown district.

It will take over a storefront space at 347-349 Water Street, which was previously occupied by Vancouver Rug Import, located near the Gastown Steam Clock.

This store will be the brand’s first storefront location in North America and the largest in the world.

Its interior design was designed by Omer Arbel, who is the creative director of Bocci. This store will be Arbel’s first retail design project, which features “figurative sculptures” by various local artists.

There will also be video screens showing “daily non-events” in other destinations to “connect store guests with the parallel realities in locations around the globe.”
Modern installations in the design are intended to seamless blend with the heritage elements of the building.

This store in Vancouver will be Herschel’s first company-operated location as all other locations are by third-party distributors.

Herschel, founded by brothers Lyndon and Jamie Cormack in 2009, sold over seven millions bags across over 70 countries in 2016 – up from just under 10,000 bags in 2011. Its partners for unique collections have previously included Disney, Coca-Cola, Madwell, Major League Baseball, and Coachella.

There are over 40 retail locations around the world, including in Dubai, Paris, Taipei, Milan, Bangkok, and Hong Kong.

Vancouver’s store is set to open on June 16.