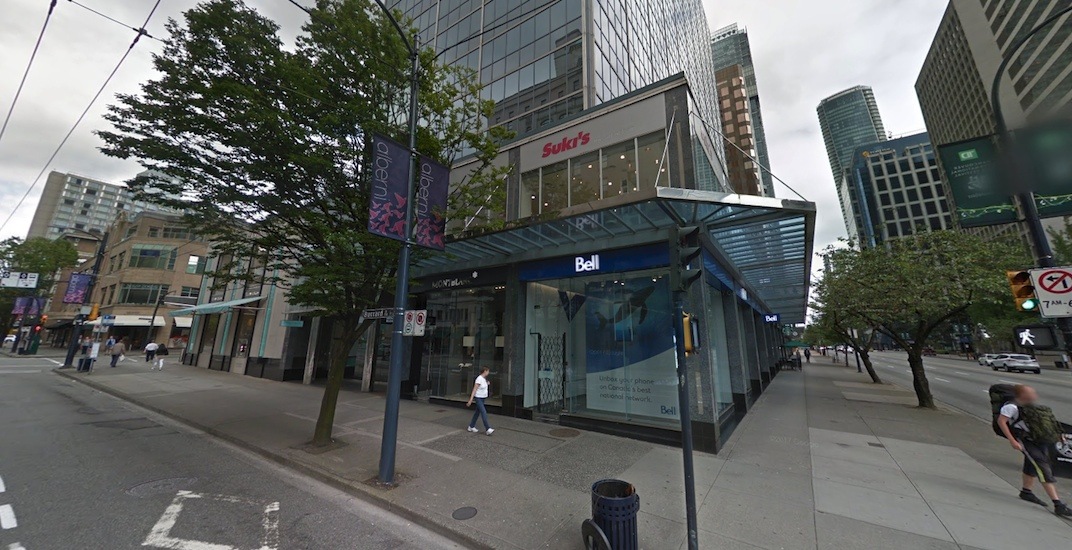 The southwest corner of Burrard Street and West Georgia Street in downtown Vancouver will effectively become an expansion of the emerging Alberni Street luxury retail district when a new upscale retailer moves into the space.

Hermes is set to open a two-storey flagship store at the corner, according to a recent report by Retail Insider.

This new store location will take over ground-level retail space previously occupied by Bell, which recently vacated its corner space and moved into a unit one block away that was briefly a space for SHOES.com.

In addition to occupying the ground-level space, Hermes is also expected to take up at least a portion of the second level space currently occupied by Suki’s Salon & Spa.

The report added that the new Hermes Vancouver flagship store’s size will be similar to the recently opened 12,000-square-foot Toronto flagship store.

The French high fashion luxury goods manufacturer is currently located just one block south at 755 Burrard Street – the corner of Burrard Street and Alberni Street. This space will become the new home of Cartier, which will move from its existing space at 456 Howe Street.