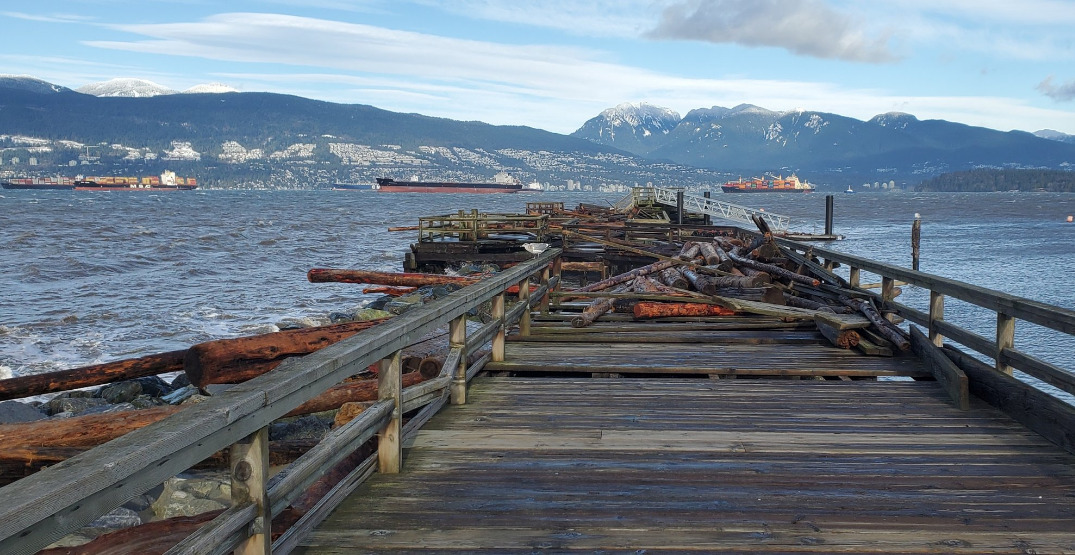 The King Tide and high winds have found their latest victim, and this time it’s the Jericho Pier at Jericho Beach.

Pictures shared by Park Board Commissioner Tricia Barker on Twitter show the devastating impact that the weather has had on the pier.

Barker tells Daily Hive Urbanized that workers have roped off Jericho Beach as they assess the damage.

The City of Vancouver calls the pier a popular destination for locals and visitors, and it is also a popular fishing and crabbing spot.

Throughout the day on Friday, the king tide flooded beaches and forced the closure of Stanley Park and the seawall.

Meanwhile, strong winds have caused power outages in some parts of the province.

When it comes to the Jericho Pier, Park Board commissioners actually approved a renewal project to modernize it back in 2017. The wooden pier would be replaced with a new higher concrete structure to withstand high tides and storm surges. 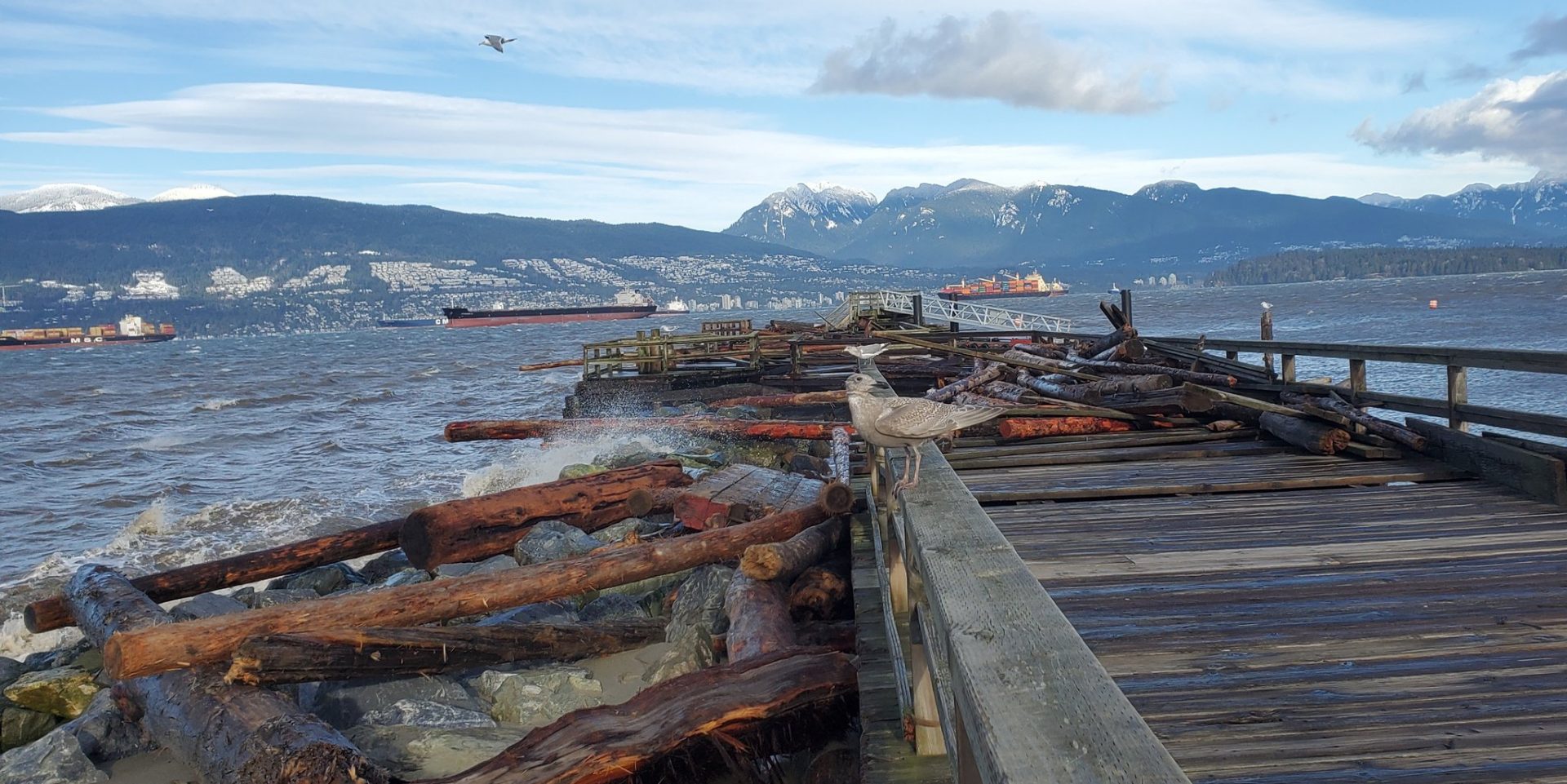 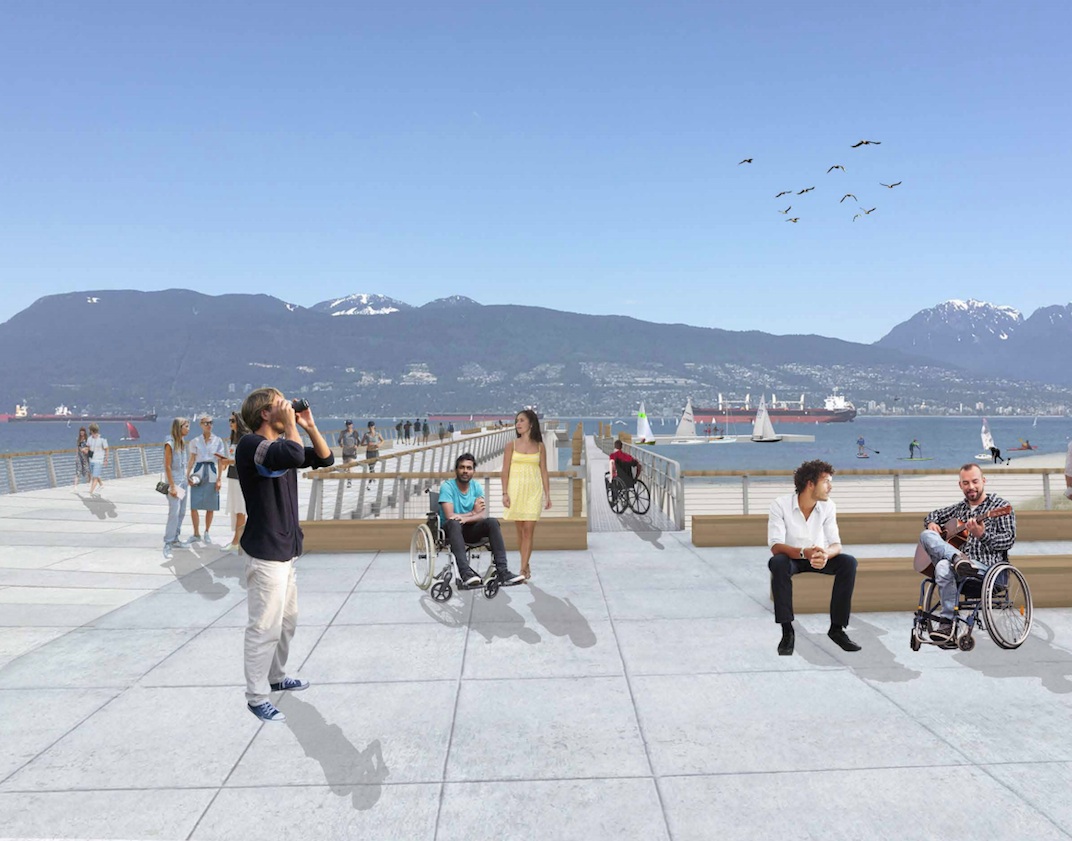 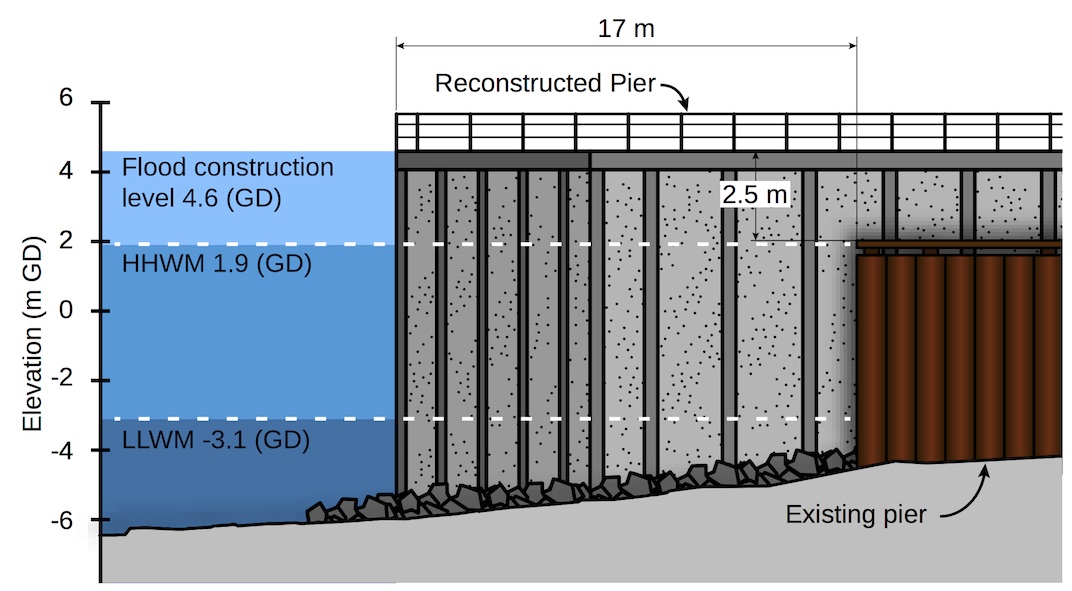 The height of the proposed new concrete and steel structure versus the existing wooden structure. (City of Vancouver)

The city website suggests that they’re still in the “public engagement for conceptual design phase” of the project. There is also a fundraising campaign, as the not-for-profit Adaptive Sailing Association of BC is responsible for 50% of the estimated $16-million construction cost.

Perhaps the damage will create some movement on the renewal project.

Barker also sent Daily Hive Urbanized a picture of some damage at the foot of Trafalgar Street, where there’s an entrance to the now destroyed path.

Barker says staff are assessing but are also still out managing the damage.