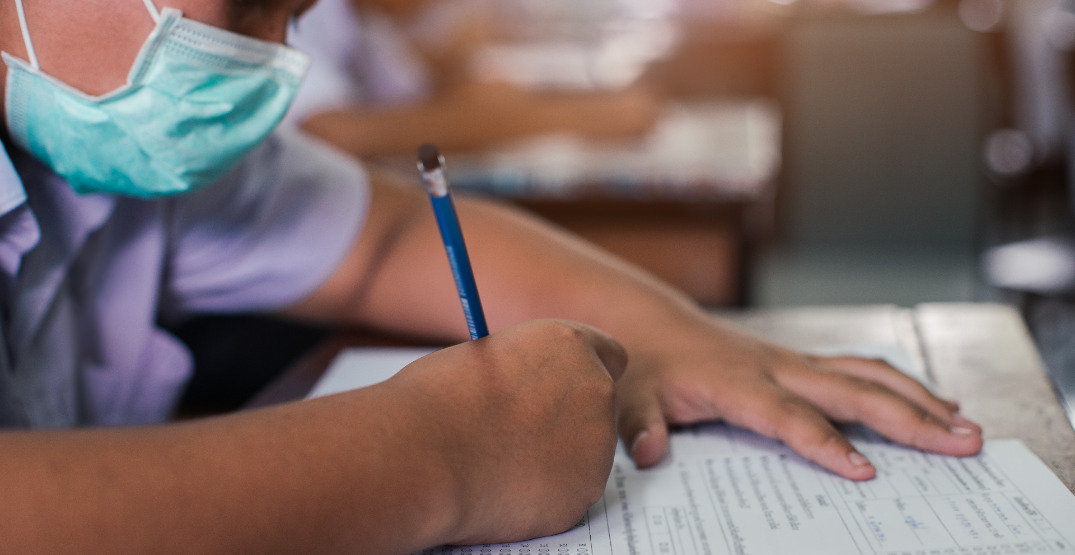 On the heels of a press conference held by BC health officials, which addressed the return to schools among other COVID-19 issues, the BC Teachers’ Federation (BCTF) held its own briefing with some concerns about the plan.

BCTF President Teri Mooring addressed members of the media on a Zoom call, suggesting that there were key steps that could be taken to prevent functional closures that the Ministry of Health weren’t taking.

Some of the requests including making N95 masks available to staff and students, and putting teachers on a priority list for booster shots.

While it remains to be seen if BC teachers will get their wish when it comes to being provided N95 masks, BC Education Minister Jennifer Whiteside did suggest that students in all schools would be provided with a three-layer mask. Mooring suggested that mask wearing has been a challenge for BC teachers.

Mooring also raised concerns about the lack of availability for booster doses for teachers.

Earlier today, Provincial Health Officer Dr. Bonnie Henry suggested that teachers would be given priority for booster doses, but Mooring suggested she has heard from teachers who have been unable to get appointments as early as they’d like to.

Things the government could announce today that would help keep schools open and make them safer for all #bced workers and students
😷N95s, distancing to slow transmission
🌬️Proper Ventilation
💉Vaccine clinics at schools for students and boosters
📳 School based notifications

Another measure she believes could help the situation in schools is to bring vaccine clinics in, like they’ve done at universities. She added that vaccination numbers among students aren’t where they need to be in certain regions.

A key concern shared by Mooring was the fact that there is a teacher shortage, which may force more functional closures in schools.

Ventilation has also been a concern since the beginning of the pandemic, something Mooring doesn’t believe has been addressed.

“We wanna see schools open, and safe, and that’s why we think the measures that we’re advocating for need to be put in place,” said Mooring.

Several school boards are planning for functional closures, which seem to be a foregone conclusion at this point.

The Vancouver School Board (VSB) has released their guidance on functional closures just minutes after today’s press conferences.

“The District will do everything possible to find substitutions and reassign staff. However, if all staffing options are exhausted, the impacted school will shift to online or remote learning on a short-term basis,” reads a statement from VSB.

Surrey schools will be doing something similar.

After a functional closure is announced, staff would communicate with parents, and the following day would be a planning day. Following the planning day, classes would move online. This would force parents to figure out plans to stay home with their kids if they had no one to look after them.

“For how long? We’re yet to get really clear direction on that, but I believe it will be between seven and 10 days,” said Surrey Superintendent Jordan Tinney.

The situation in schools as it relates to the Omicron variant of concern is unprecedented.

There will likely be further changes over the next few weeks for schools as the situation continues to evolve.

Mooring pointed out that schools have not yet been open with the Omicron variant in mind, due to the fact that schools were closed for Christmas break when the variant began to pick up steam.

“We want students in school, we want to avoid functional closures. And, you know, we’re concerned that it we’re not going to be able to do that unless these additional safety measures are in place,” added Mooring.