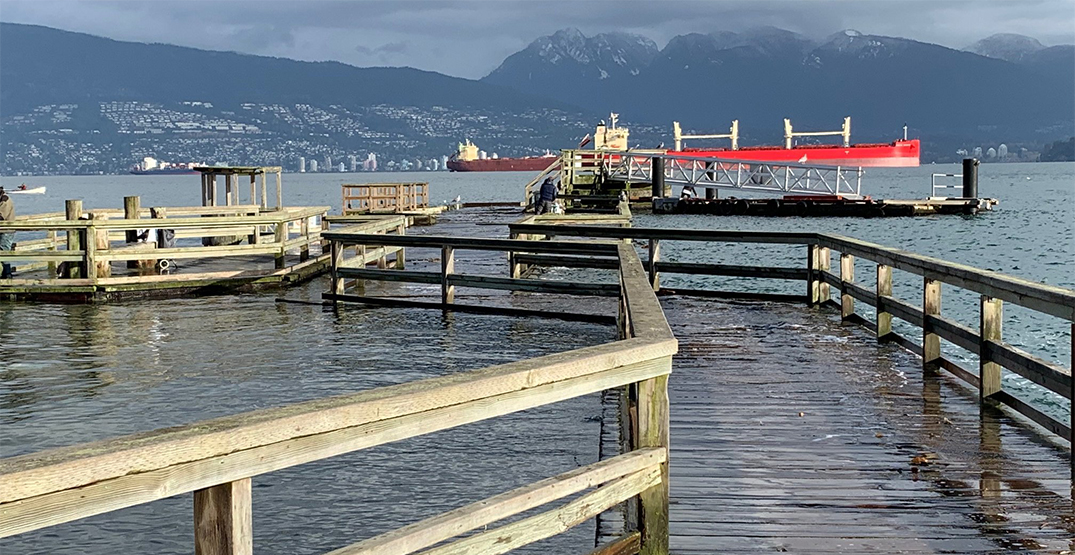 A larger-than-normal king tide has been flooding ocean-facing pathways around Vancouver this week. The latest place to become submerged is the Jericho Pier.

The Vancouver Park Board tweeted Tuesday that they’ve closed the pier for repairs after the tide rose above its wooden planks.

“We will post an update once it has safely reopened,” the Park Board said.

Due to the king tide, Jericho Pier is closed while it undergoes repairs. We will post an update once it has safely reopened. pic.twitter.com/ffmRYlobG2

“You could dock a boat here,” resident Linds Rosso said in a video she took of the phenomenon.

King tides are extremely high tides that happen twice a year when the sun and the moon’s gravitational forces reinforce each other.

Daily Hive has reached out to the Park Board for more information on king tide damage this year but has not yet heard back.