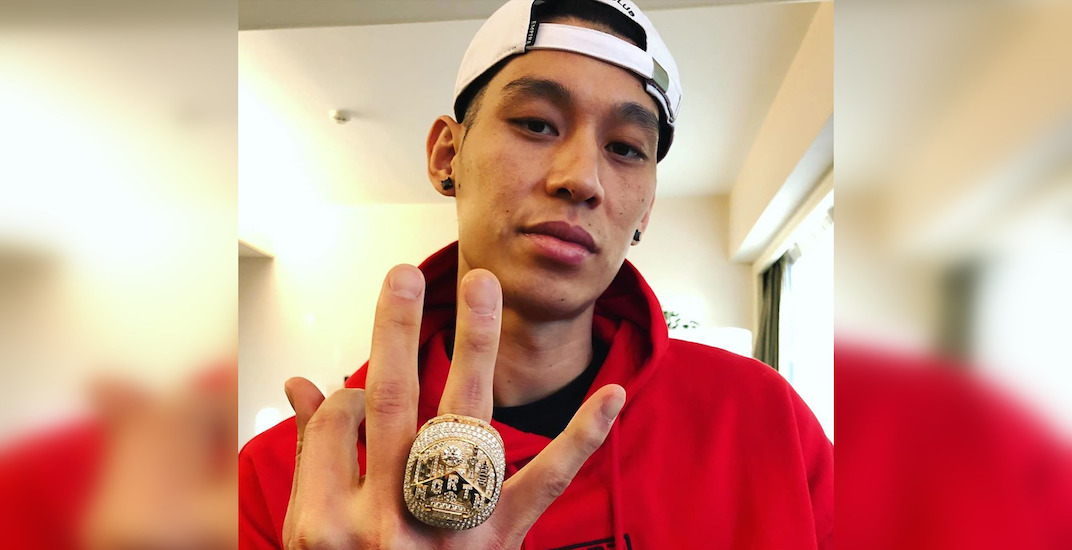 He now plays basketball on the other side of the world, but Jeremy Lin just received his championship ring.

Fiercely proud of his Taiwanese heritage, Lin became the first Asian-American to win an NBA championship, last June as a depth player with the Toronto Raptors.

While returning Raptors players received their rings before the opening game of the season, players that left in the offseason have had to wait.

Kawhi Leonard got his ring when he returned to Toronto with the LA Clippers, and presumably Danny Green will get his when the Lakers visit Scotiabank Arena on March 24.

But Jeremy Lin won’t be visiting as an NBA player this season because he signed a contract to play with Beijing Shougang Ducks of the Chinese Basketball Association.

Still, while other departed players like Eric Moreland and Jodie Meeks each received their rings in October, Lin had to wait until the new decade to get his.

Lin finally got his ring recently, sharing his excitement with his followers on Instagram.

“Uhhhh lollll. Finally got my Raptors championship ring to Beijing and this thing’s fatttt!! FAT!” Lin said in the Instagram post.

“Thank you to Toronto and all the fans who made last year so memorable. Great ending to 2019, time to make more history in 2020. The ring literally takes over my hand…taking all suggestions on how to make it a lil more low key or should I just flex it everywhere I go lol.”

A few of Lin’s ex-teammates sounded excited for him, with Norm Powell chiming in with “YESSSSS SIRRRRRRR” in the comments. OG Anunoby replied with “my dude” and Green said “Sheesh!!!”