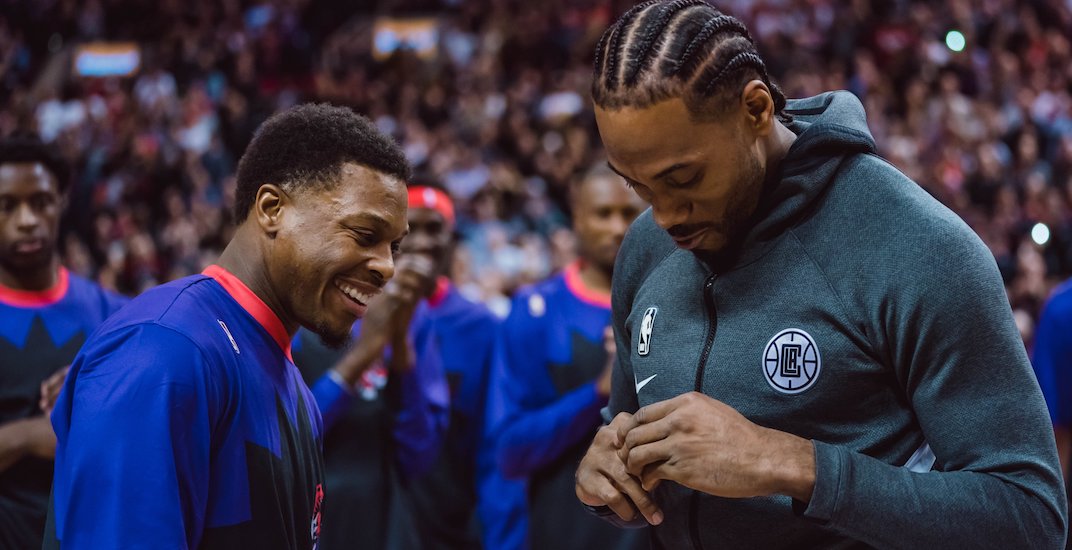 Kawhi Leonard truly is one of a kind.

The NBA Finals MVP made his highly-anticipated return to Toronto on Wednesday, with his LA Clippers beating the Raptors 112-92.

Prior to tip off, a video tribute was played, before Kyle Lowry presented Kawhi with his NBA championship ring. Kawhi was expecting some boos, but instead Raptors fans showed him nothing but love and respect.

After the game, Kawhi spoke to the media, giving this incredible (and monotone) answer when asked what he had inscribed on his championship ring:

Oh, Kawhi, you are so wonderfully weird.

Leonard, it seems, has a middle finger emoji on his ring to remind him to wear it on his middle finger — and not some sort of angry ‘F you’ to anyone. Of course, the NBA superstar has two NBA rings to wear now, as he also won a title with the San Antonio Spurs in 2014.