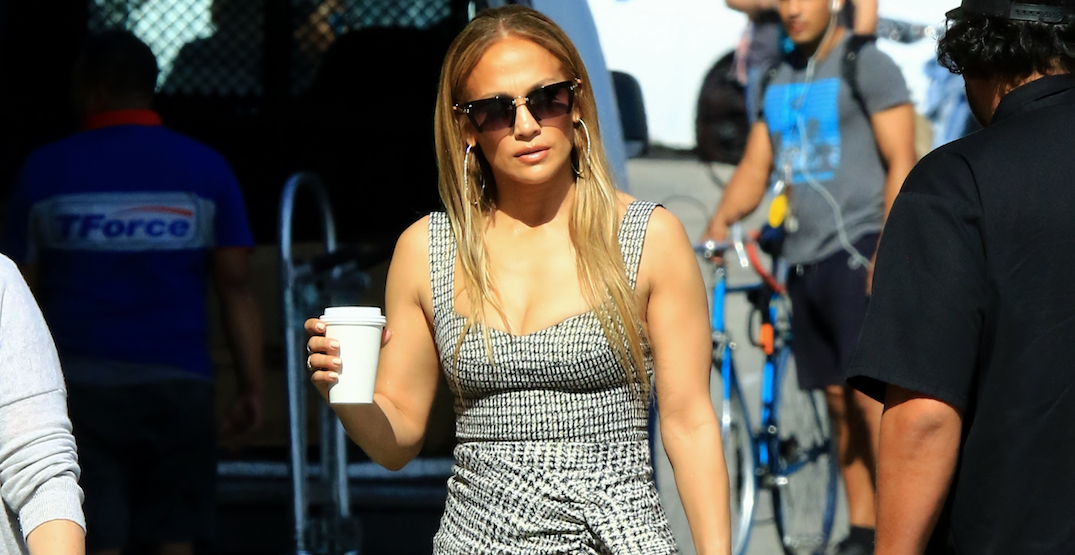 Jennifer Lopez has touched down in Vancouver.

The “I’m Real” singer was spotted on the set of her new Netflix film The Mother on Wednesday, October 6.

Jennifer and the crew were filming near Victory Square and an EasyPark lot downtown for what is reportedly an action-packed kidnapping scene.

J.Lo appeared to be in costume as with a bomber style shearling jacket and cargo pants, along with a black leather boot and backpack. She also sported aviator sunglasses and a toque over her long hair extensions.

Jennifer has previously worked in BC, notably during the original “Bennifer” era when she shot An Unfinished Life alongside Robert Redford in 2004.

Ben Affleck was working on Paycheck in Vancouver at the same time.

The couple memorably stayed at a Deep Cove rental home for nearly a year. The stunning waterfront property was front and center in an Access Hollywood interview they did with Pat O’Brien.

It’s unclear where she’s staying this time, but Bennifer have proved they love to be nostalgic: the two appeared to recreate her “Jenny From The Block” music video with their glam yacht trip this summer, and Ben has also been sporting a vintage watch she gifted him back in 2003.

Production on the feature film is set run until January 28. Following The Mother, Jennifer is also scheduled to film series Atlas — another Netflix project — in Vancouver.

Jennifer has been galavanting around the globe with beau Ben lately: following her whirlwind 52nd birthday trip to France and Italy, the pair headed back to Los Angeles for some family time. Just weeks later, they took their romance red carpet official at the premiere for Ben’s film The Last Duel in Venice, Italy.

It’s likely only a matter of time before Affleck also emerges in Vancouver.