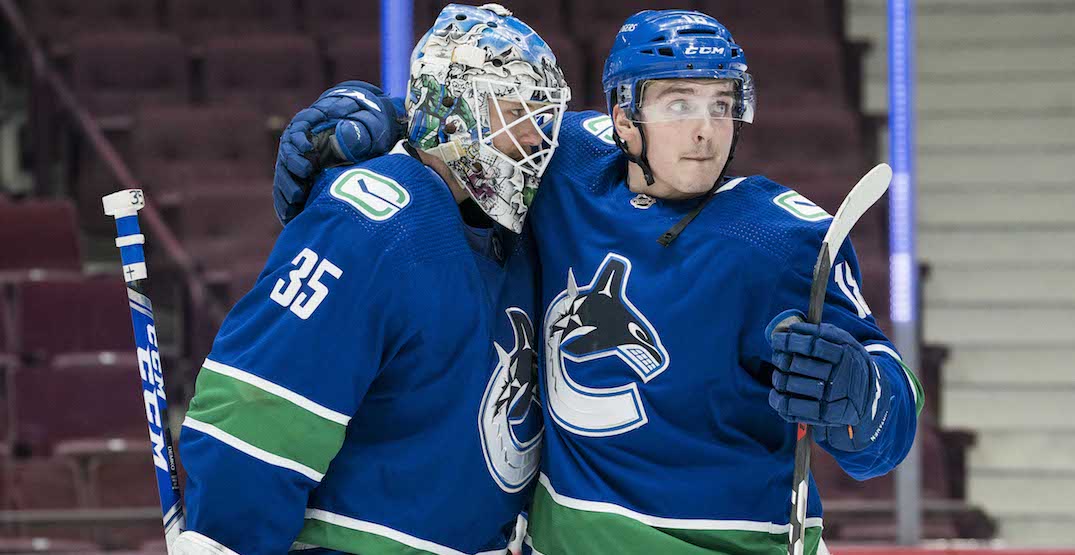 Jake Virtanen is the latest member of the Vancouver Canucks added to the NHL’s COVID list.

There are now 18 of 23 players on the team’s roster in COVID-19 protocol, not including injured players or players from the taxi squad.

This is the sixth day in a row that the NHL has added a Canucks player to the COVID list. Hoglander was the lone Canuck added yesterday, while two players (Chatfield and Michaelis) were added on Sunday. A total of 12 players were added on Friday and Saturday.

It was one week ago that Gaudette first tested positive, with Hamonic being added to the COVID list two days later.

Players can be added to COVID protocol for multiple reasons, but reports indicate that most Canucks listed have indeed tested positive.

The highly-infectious Brazilian P.1 variant has reportedly played a role in the outbreak. Some players have had severe symptoms, like vomiting, cramping, and dehydration according to Darren Dreger of TSN. Brandon Sutter’s father told Sportsnet that his son was “pretty down and out,” with body aches, headaches, and chills.

Only five players from the Canucks’ active roster haven’t been added to the COVID list, including Brock Boeser, J.T. Miller, Nate Schmidt, Jimmy Vesey, and Jordie Benn. Players on the taxi squad and coaching staff are not publicly named, but there are reports that many of them have tested positive too.

So far, none of the players on injured reserve — Elias Pettersson, Tanner Pearson, Jay Beagle, or Justin Bailey — have landed on the COVID list.

Just four Canucks games have been postponed so far, but more are coming. The NHL has already rescheduled Saturday’s game for the Calgary Flames, who will now play the Edmonton Oilers on Hockey Night in Canada instead of the Canucks, as was scheduled.