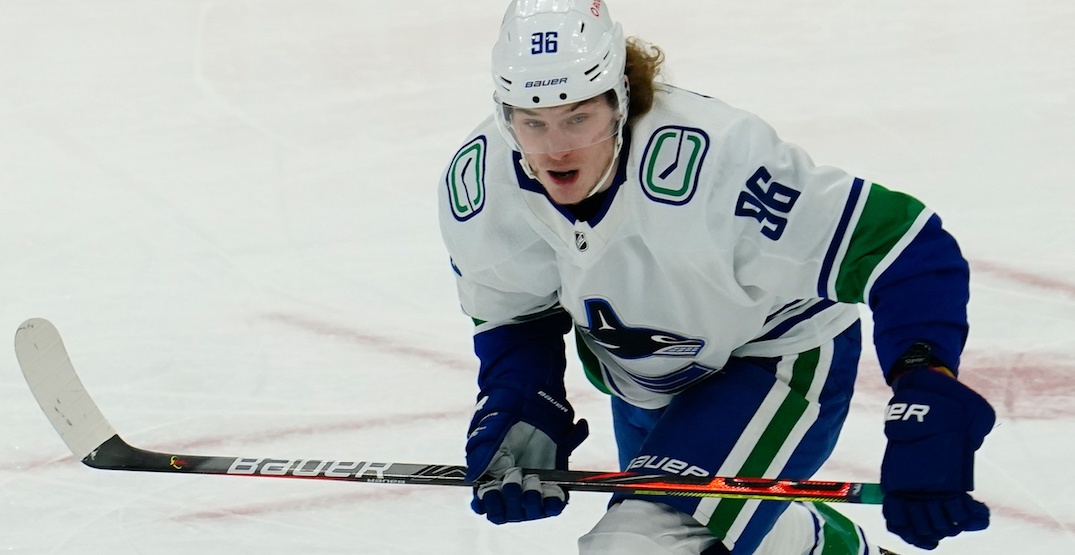 “Adam Gaudette had a positive test come in this morning, COVID test, and we’re following NHL protocol and he left the ice,” Green told reporters after practice.

Asked whether the team will isolate now because of the positive test, Green said that the Canucks would follow NHL protocol.

“Our players get tested every day,” said Green. “Obviously we’ve been tested this morning and we’ll see how those test results come back when we get them back.”

NHL COVID-19 protocols require any player that tests positive be isolated immediately, while the lab conducts a “second run” confirmatory test on the same respiratory sample. Contact tracing is also conducted. If Gaudette returns a second positive test today, it will be considered a “confirmed positive.”

Jake Virtanen missed the entire practice, with Green saying: “Jake was not feeling well, so he stayed home.” There was no indication that Virtanen’s illness was related to COVID-19.

This is the second run-in with COVID-19 for the Canucks this season, as Jordie Benn and J.T. Miller missed games to start the season when they were put into the league’s COVID-19 protocol.

The Montreal Canadiens recently had two players put into protocol, resulting in a full week of games having to be postponed. It remains to be seen if other Canucks players were infected with the virus, or if the NHL will step in to postpone games.

The Canucks are nearing the end of the longest break in games of the season, having six full days off before tomorrow night’s home game against the Calgary Flames. Before this morning, the team last practiced together on Sunday.

The Canucks are scheduled to begin a seven-game road trip on Saturday, with games in Edmonton, Winnipeg, and Calgary.