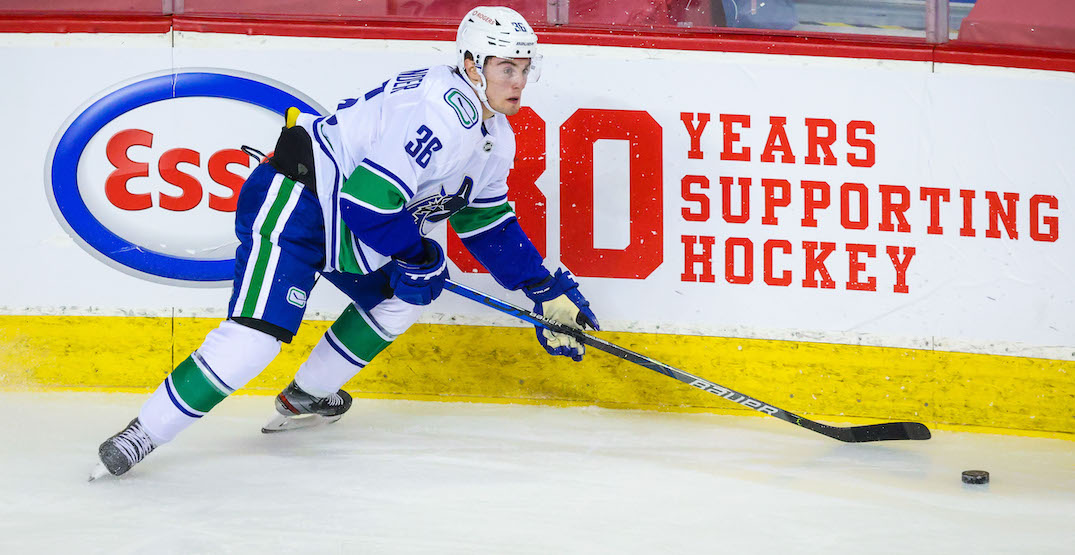 Nils Hoglander is the latest member of the Vancouver Canucks identified on the NHL’s COVID protocol list.

The Canucks rookie is the 17th member of his team identified on the list, which doesn’t include members of the taxi squad or coaching staff, where positive tests have reportedly occurred as well.

With just one player revealed publicly on the COVID list today, that marks the lowest number for the Canucks since Thursday. Five players joined the list on Friday, before an additional seven were added on Saturday, and two on Sunday.

More game postponements regarding the Canucks will take place, with the NHL already announcing changes to the schedule for other North Division teams. The Calgary Flames are now set to play the Edmonton Oilers on April 10. They were supposed to play the Canucks in Calgary that night.

The @NHL has announced the following updates to the 2020-21 regular-season schedule. https://t.co/pzKXJgITuy pic.twitter.com/HHJS8Kyrix

“On behalf of our entire team, I want to thank fans everywhere for their support this past week,” Canucks GM Jim Benning said in a statement released Sunday afternoon. “Our players, coaches and their families are grateful for the messages and we all hope for a return to full health as soon as possible.

“Our focus continues to be on the health of everyone involved and we are thankful for the extraordinary health care and guidance we have received from our team’s medical staff, BC’s health officials, and from NHL and NHLPA medical experts.”

Players can be on the COVID list for multiple reasons, including if they are deemed to be a high-risk close contact, but according to reports, more than half the team has indeed tested positive for the virus.

The more infectious and powerful Brazilian P.1 variant is reportedly affecting the Canucks at the moment. According to reports, there are players suffering variant symptoms like vomiting, cramping, and dehydration.

Brandon Sutter’s father Brent told Sportsnet that his son tested positive, and is symptomatic with “body aches, headaches, and chills.”