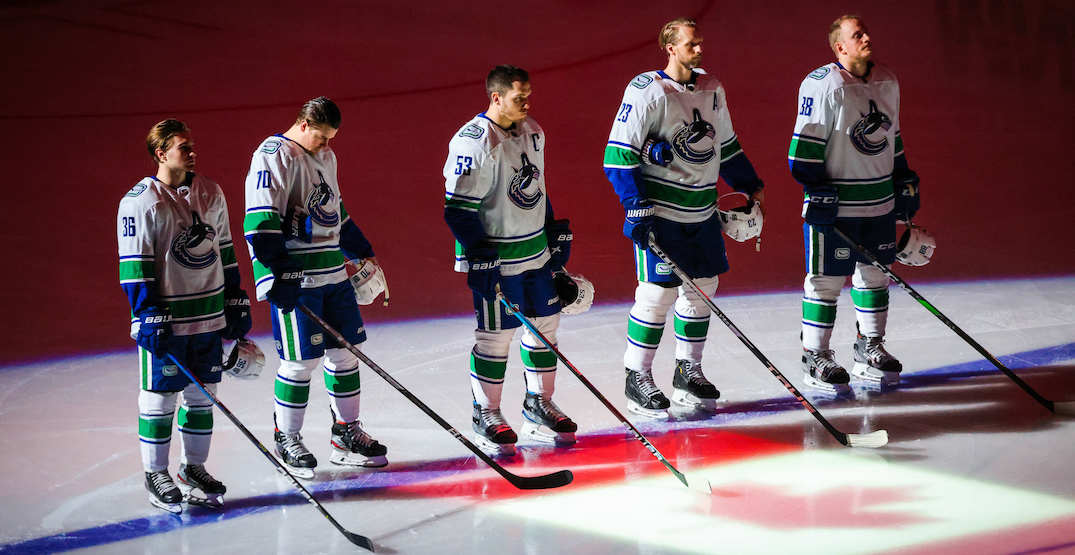 We’ve had some ups and many more downs as a society since then. In British Columbia, we were rather fortunate through spring and summer last year, compared to other provinces in Canada.

But the second wave was much more deadly than the first wave in BC. The third wave has seen the province break single-day COVID case records.

We shouldn’t need a wake-up call, but sadly, many of us do.

The difference between this wave and the last one is many more older people are being vaccinated. That’s good news.

The bad news is young people are now more at risk than before.

The outbreak currently affecting the Vancouver Canucks is unfortunate, but I’m hopeful it will help shine a light on the increased threat COVID-19 variants have on young people.

The Brazilian P.1 variant in particular, which reportedly is affecting the Canucks outbreak and is spreading in our community, should have your attention. Certainly, it has mine.

According to multiple reports, there are Canucks players suffering from serious symptoms like vomiting, cramping, and dehydration. At least one player needed IV treatment.

More than half of Canucks players are currently on the NHL’s COVID list. The oldest player on the list is Alex Edler, who is only 34 years old.

I’m a sportswriter, not a doctor, but this is alarming.

If some of the fittest people in our society can be rocked by this virus, imagine what it can do to you.

Time for some Snapshots.

Opportunity for Canucks to help the public

I thought this was a great take from CBC news anchor Ian Hanomansing.

Like anyone testing positive for Covid, Canucks players deserve to have their privacy respected. But whatever details the players choose to share may have a deep impact on people who needed convincing Covid has consequences and the public health rules are important. For all.

Canucks players have a right to privacy regarding health matters. But they also have a unique opportunity here.

If some players who became sick would be willing to talk about their symptoms, it could do more to get the word out to young people than a month’s worth of Dr. Bonnie Henry press conferences.

Health orders are falling on deaf ears for some. Maybe hearing horror stories from a new voice could affect change.

Brandon Sutter’s father, Brent, went into detail about how his son is feeling right now with Sportsnet’s Eric Francis.

“We FaceTimed last night, and he was pretty down and out, feeling pretty sick,” Brent said. “Brandon has tested positive, and he’s got symptoms — body aches, headaches, chills — just like you have the flu. I guess each guy is different in terms of how it affects you, especially with this Brazilian variant.

“For younger people to get this sick, it’s scary.”

I have at least one piece of good news to share. According to ESPN’s Emily Kaplan, some Canucks players “have improved in condition.”

Hearing some Canucks players have improved in condition over the weekend after contracting the P.1. variant & experiencing rough symptoms. Some are isolated from families. Not in the clear yet.

Still too early to say when it will be safe for the team to get back on the ice.

Reports indicate that one more Canucks player will be added to the COVID list this afternoon. Hopefully, that’s the end of the outbreak. Fingers crossed.

Canucks captain Bo Horvat turns 26 today. He’ll spend the day in quarantine as one of the players currently on the NHL’s COVID list.

With just one week to go before the deadline, it would seem unlikely that the Canucks will be active now.

It was already going to be tough to recoup value in this pandemic season, though now with so many players either sick or off the ice for multiple weeks, they wouldn’t exactly be selling high.

Is Jordie Benn an exception? The pending unrestricted free agent defenceman already contracted the virus back in training camp, and hasn’t been named on the NHL’s COVID list yet. Then again, Jayce Hawryluk is on the COVID list, despite already having the virus last year.

Despite having not played a game in 12 days, the Canucks have still played three more games than the Montreal Canadiens.

That’s about to change, of course. The Canucks, who have had a games-played lead over every team in the NHL for the majority of the season, will become last in the league in games played on Saturday.

The Dallas Stars didn’t play for two weeks after a major outbreak was first discovered with their team back in January. A similar timeline would have the Canucks back playing by April 12, but given Vancouver’s situation appears worse, that’s probably too optimistic.

The league reportedly built in a 7-10 day “buffer” after the season for such a scenario. Ten days beyond the original season end date is May 18.