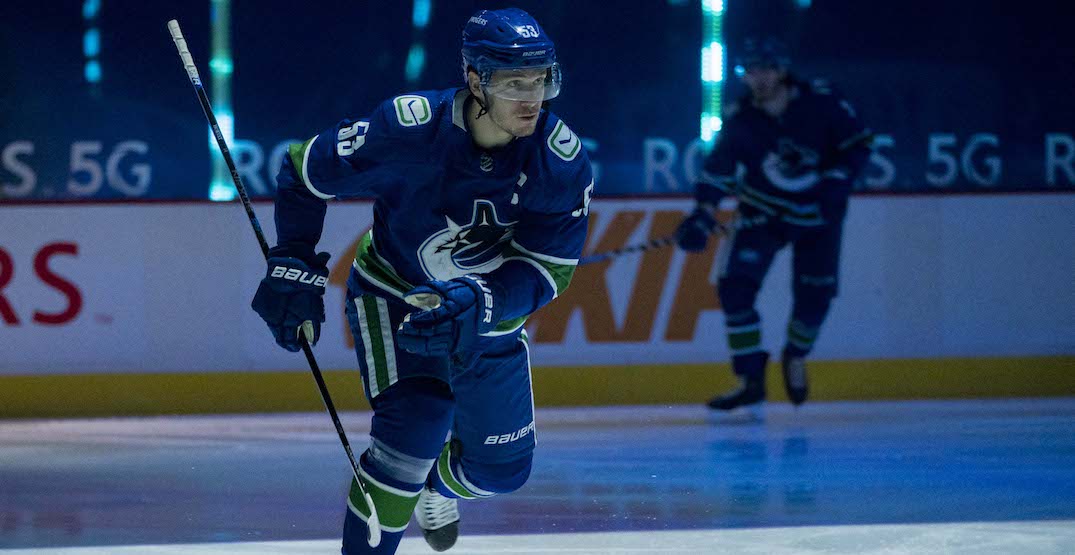 There are now 14 members of the Vancouver Canucks in COVID-19 protocol — twice as many as there were yesterday.

Gaudette was removed from the ice during Tuesday’s practice after it was discovered that he tested positive for COVID-19. The Canucks continued on without him, and then skated together again on Wednesday morning, as every other member of the team had tested negative.

The situation became much bleaker since new test results were discovered on Wednesday evening, when Hamonic and a member of the coaching staff joined Gaudette in COVID protocol. Five more players — Hughes, Edler, Holtby, MacEwen, and Roussel were added to the COVID list on Friday.

According to Pierre LeBrun of TSN, the current COVID list doesn’t include a member of the Canucks’ taxi squad and two more coaches, who have all tested positive.

The more infectious and highly-dangerous P.1 variant, first found in Brazil, is playing a role in the outbreak, according to a report from TSN’s Farhan Lalji.

Four Canucks games have been postponed so far, but given the extent of the outbreak, they may need to stay off the ice even longer than that.