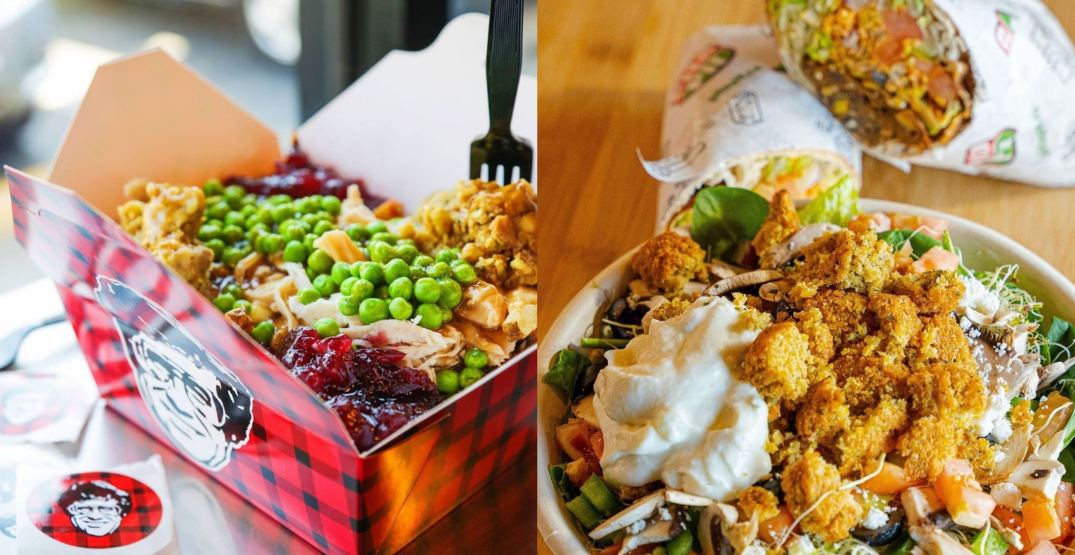 As much as we love Tim Hortons, it isn’t the only successful Canadian food chain that we have to celebrate, and it’s time that we give credit where it’s due.

In Canada, we are lucky to have multiple restaurant concepts that have crossed borders (literally) to bring their home-grown flavours to folks all over the world.

Here are seven food chains that originated in Canada but have gone international.

Freshii’s first location opened its doors in Toronto in 2005 and has continued to bring innovative and healthy meals to tables ever since. They serve unique bowls, burritos, salads, wraps, smoothies, and more, with over 300 locations across 20 countries around the world to date.

This nutrition-led fast-casual franchise is passionate about serving healthy food that truly energizes the body and is also doing right by the earth while doing so.

The first Boston Pizza location, known then as Boston Pizza and Spaghetti House, opened its doors in Edmonton, Alberta, in 1964. Four years later, Jim Treliving, famous for his appearances on Shark Tank, opened the restaurant’s first franchise in Pentiction, BC. Within a few years, Treliving and a business associate managed to open a chain of 16 locations across BC and have been bustling ever since.

Boston Pizza has become a household name for family-friendly dining and sports enthusiasts alike, with locations across the United States and Mexico as well.

You may be wondering why a Canadian company would name itself after a city in the United States, and the answer is simple. New York Fries started off as a French-fry stand in Manhattan before brothers Jay and Hal Gould bought the entire company a few years later.

They shifted the business to Canada and essentially built it from the ground up. There are over 150 New York Fries locations across the world, with 120 of them still calling Canada home.

Second Cup was founded in Toronto in 1975 and has grown to over 190 locations nationwide, with plenty more in countries such as the United States, Morocco, Egypt, Romania, Pakistan, the Philippines, Bangladesh, Poland, and others.

They serve up a number of hot and cold specialty drinks, snacks, treats, and more.

Pita Pit offers Lebanese-style pita sandwiches that are bursting with fresh veggies, grilled meats, and delicious sauces. Their first location opened in 1995 near Queens University in Kingston, Ontario, and quickly became a staple spot for students and health-conscious folks alike.

Today there are over 650 Pita Pit locations across the world, including in North America, Europe, Asia, the Middle East, and Asia-Pacific.

Booster Juice is Canada’s original juice and smoothie bar and now operates over 400 locations worldwide. It all started back in Sherwood Park, Alberta, in November 1999.

Founder Dale Wishewan decided it was the perfect time to open up a smoothie bar to fill a gap in the Canadian fast-food market that’s focused on providing incredibly delicious, convenient, and nutritious products to customers on the go.

This legendary poutine joint offers amazing Quebec-style poutines to customers across Canada and the United States. Their first location opened in Toronto in 2008 and was the only poutine-exclusive restaurant in the city at that time.

Smoke’s Poutinerie has come a long way since then, with over 150 locations across the nation to date, and even more down south.