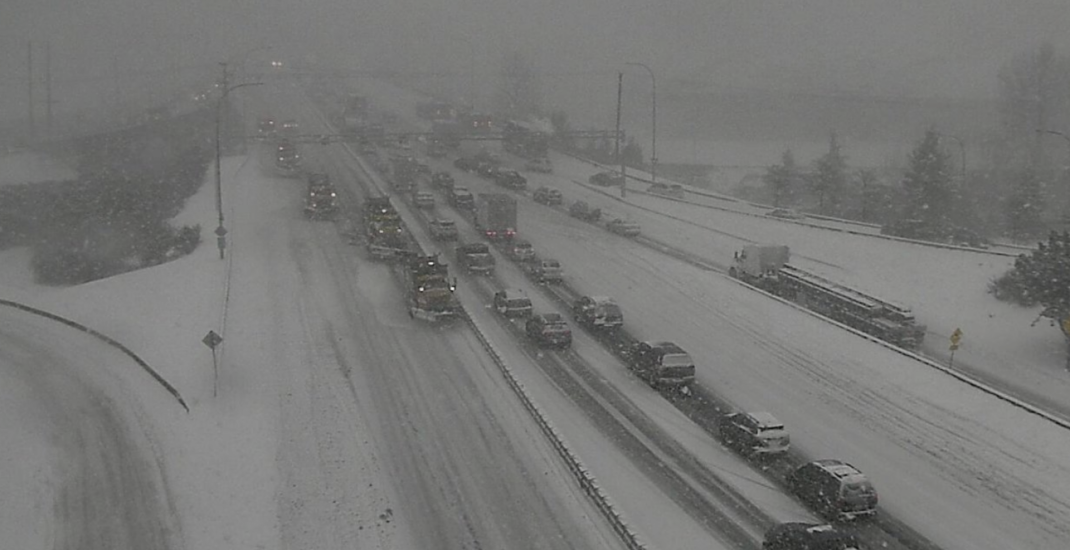 The phones at ICBC were ringing off the hook this week as a result of the heavy snowfall.

Inclement weather caused countless delays and accidents on local roads and as a result, insurance workers were busier than ever.

According to Joanna Linsangan, communications specialist at ICBC, the crown corporation received more than 18,000 claim centre calls during this week’s snowstorm — 12,537 of which were from the Lower Mainland.

Linsangan notes that each call doesn’t necessarily represent a new claim, however. In some cases, there were customers repeatedly calling about the same claim.

To date, there have also been a total of 144 claims related to ice falling from bridges in Metro Vancouver, the most being 89 from the Port Mann Bridge.

ICBC is reminding its customers to slow down, keep their headlights on, to watch for other road users, as well as what to do in case a vehicle starts to skid.

“Black ice is commonly found on roads with shaded areas, bridges, overpasses, and intersections where car exhaust and packed snow freeze quickly,” Linsangan adds. “If you drive over black ice and start to skid, ease off the accelerator, and look and steer smoothly in the direction you want to go. Don’t brake — this will make the situation worse. You may need to repeat this manoeuvre several times until you regain control.”

She also says that if drivers don’t feel confident about driving in winter conditions, then staying off the road is often a much less stressful and simply safer option.