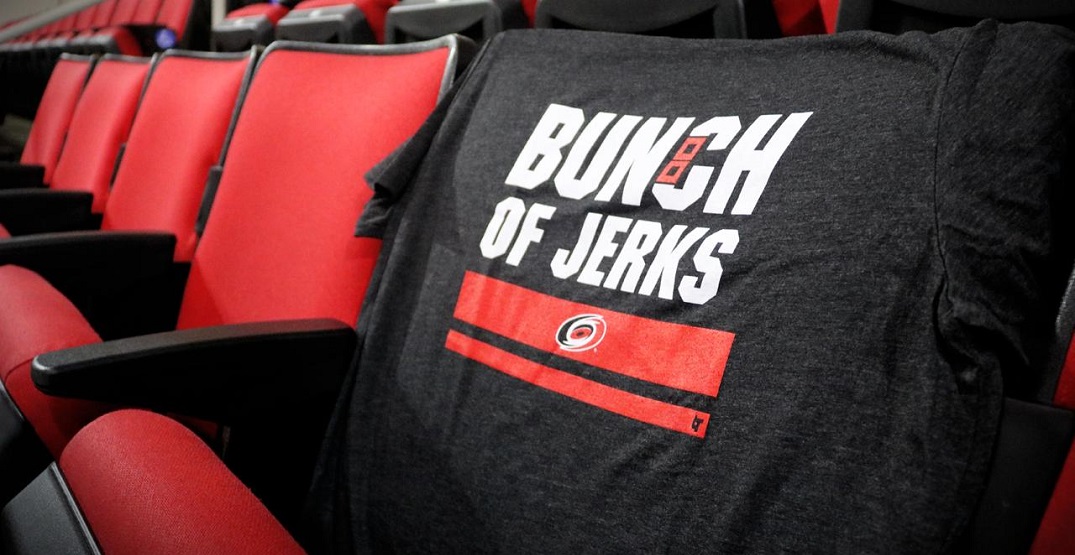 The more and more you look into the Carolina Hurricanes’ offer sheet tendered by Canadiens forward Jesperi Kotkaniemi yesterday, the funnier the details become.

Well, funny for some at least. It depends on your perspective.

On its surface, the one-year, $6.1 million offer sheet is a sneaky piece of business for the Hurricanes to acquire a former top-4 pick, or force another team to likely pay him more than they’d like.

Carolina even put out a rare tweet in French about the announcement.

Coming off a five-goal, 15-assist season, the Habs were likely blindsided by the 21-year-old being tendered by another club.

The Canadiens have six more days to match the offer sheet.

But everything about the offer sheet comes with an extensive backstory, with Carolina really sticking it to Montreal for their (ultimately matched) offer sheet of Hurricanes forward Sebastian Aho back in 2019.

Carolina posted an UNO “Reverse” card to show that there’s something calculated about these moves.

“Jesperi Kotkaniemi accepted our offer. He wants to come to Carolina,” said Waddell. “He sees the core we’ve built here and he wants to be a part of that. We’re proud, but there’s still a waiting period. When you make an offer like that, we saw a vulnerable position. The offer, with the compensation and the core we have, we realized that it was the best chance we had to get the player.”

Many on Twitter, including Daily Faceoff’s Frank Seravalli, pointed out how similar Waddell’s statement intentionally was to Canadiens GM Marc Bergevin two years ago when talking about Aho.

The Hurricanes pro shop even got in on the action, sharing a link to the team’s store with a shirt brandishing the popular “Bunch of Jerks” slogan.

Carolina is set to visit the Bell Centre on October 21.