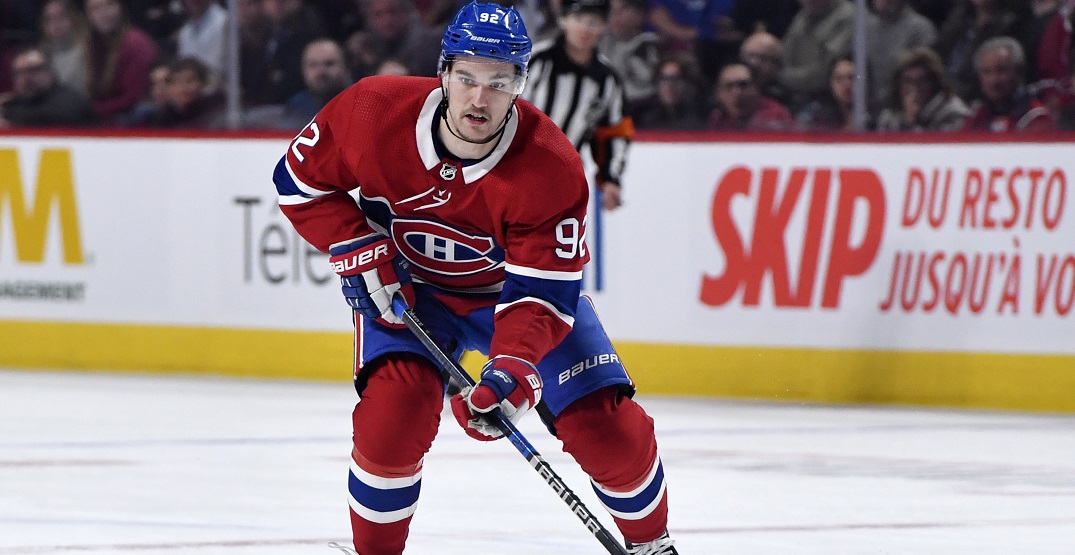 “He’s doing really well,” Ducharme said in an impromptu press conference. “He’s working out, getting ready for the season.”

Drouin went on leave from the Canadiens in late April for personal reasons, missing the remainder of the regular season and the Canadiens’ run to the Stanley Cup Final.

In 44 games, Drouin scored just twice and added 21 assists this past year.

But Ducharme said despite the fact he was away from the team, Drouin remained in constant contact with his teammates.

“[Drouin] kept in touch with the players all along, and they did too because they care,” Ducharme said. “Even though he was not with us, he was still part of it. Now, it’s all about [Drouin]  taking care of himself, getting ready physically and mentally.”

Drouin has two seasons remaining on a six-year contract signed with the Canadiens following his trade for Mikhail Sergachev in the summer of 2017. In 229 games with the Canadiens, he’s scored 40 goals, adding 97 assists for 137 points.