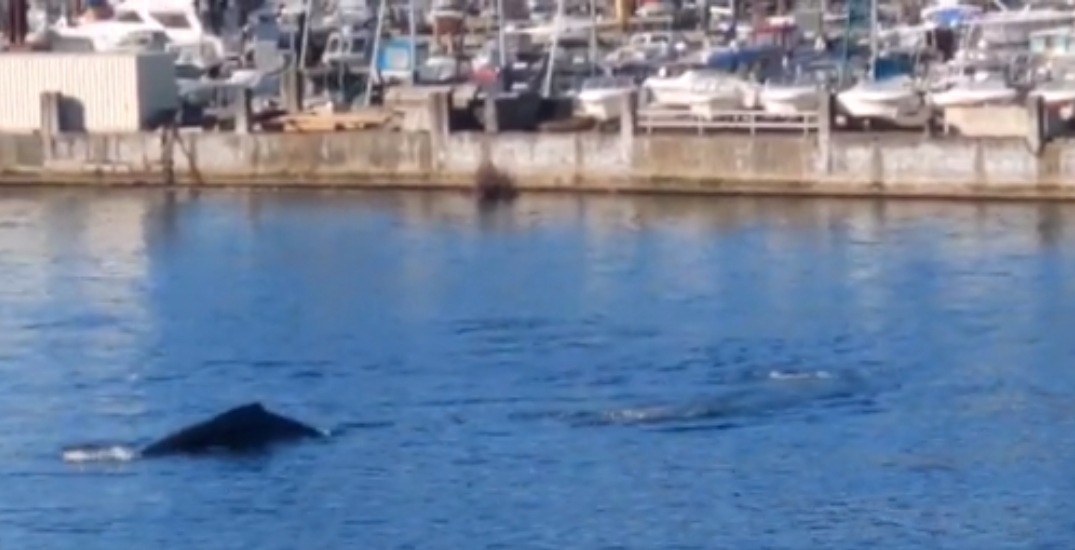 BC Ferry passengers were treated to a spectacular sight on Saturday morning when two humpback whales appeared alongside the ship.

The clip shows the humpbacks gliding through the water, and one can be seen exhaling through its blowhole.

Coyle wrote alongside the video that the ferry captain had momentarily paused the boat so passengers could get a look.

Two humpbacks in Horseshoe bay this morning!@BCFerries thanks for pausing for a moment to let us see! pic.twitter.com/XuJt2hhwkl

According to Oceana Canada, humpbacks can grow up to 14 metres long and weigh up to 45 tonnes. They’re are slow swimmers, and spend much of their time near the surface.

The whales are the most commonly reported species involved in vessel strikes, Oceana Canada said.

British Columbia is included in humpback’s summer feeding grounds, and Saturday’s encounter is far from the first time the mammals have been spotted near Vancouver.

An injured humpback was spotted swimming near Point Grey in April. The whale had a deep cut on its tailstock, which researchers believe was caused by a vessel strike.

Humpbacks were seen breaching in Vancouver harbour on two separate occasions in May of last year.