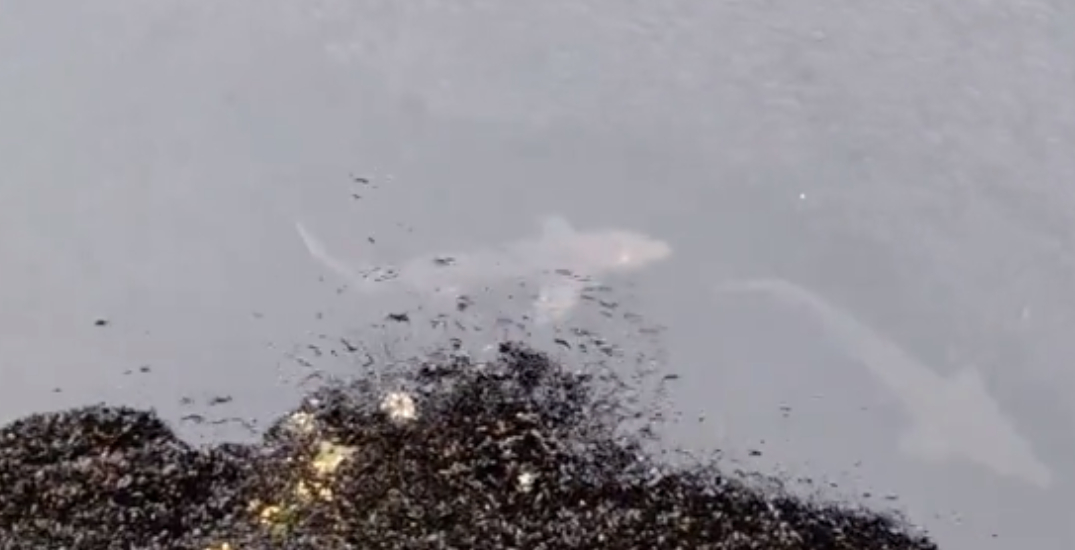 Several sharks were spotted swimming along the Vancouver seawall on Saturday morning.

In a video shared on Twitter by Phoenix Lam, at least five sharks can be seen gliding through the water.

Lam wrote that she spotted the sharks “snacking on tiny silver fish” while she was on a run.

Just some sharks snacking on tiny silver fish on the seawall this a.m. Never forget to stop the roses during your long runs. #vancouverbc #vancouver #runchat #runvan pic.twitter.com/QNOIE16dA0

This isn’t the first time sharks have been spotted in Vancouver.

In 2018, a woman spotted a shark in the shallow water at Kits Beach.

According to Fisheries and Oceans Canada, 14 different shark species can be found in the coastal waters of British Columbia.