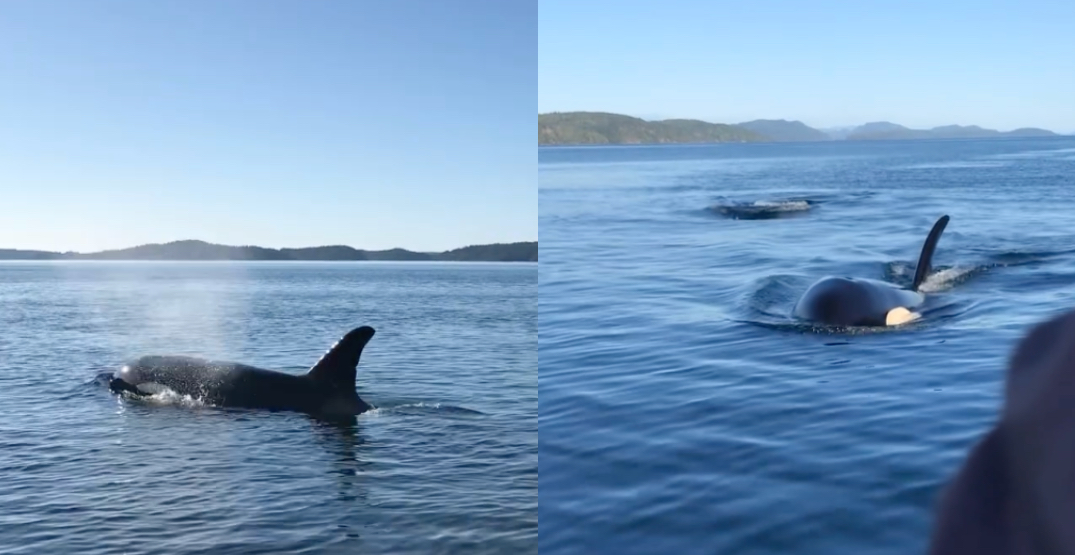 You haven’t seen a video that takes you this close to an orca whale since Free Willy.

Liron Gertsman, a Vancouver-based wildlife photographer, shared the “rare and magical moment” on the water with a pod of orca whales off of Vancouver Island. On September 1, they were on a whale-watching vessel when around 5:50 pm, a couple of curious orcas swam right up.

“I’ve had a few close orca encounters before, but this one was definitely the most magical,” Gertsman said to Daily Hive. “Hearing how the whale watchers on board reacted was also lots of fun,” he said.

You can watch the video below, which was posted on Tuesday, September 14. Don’t forget to put the sound on if you want the full experience.

“After stopping to view some Orcas several hundred meters away, a couple of inquisitive individuals turned towards us, and disappeared beneath the surface,” reads the video post.

“The engines were shut off, and shortly after, fins emerged just meters away.”

According to Gertsman, one of the whales is a well-known A94, aka “Mystery,” a Northern Resident Killer Whale. While they’re part of a salmon-loving population of Orcas usually around the area, Mystery left her family and has been travelling with the A42 matriline group of whales.

“In order to not risk disturbing the whales, whale watching vessels like this one are not allowed to approach Orcas closer a couple hundred meters,” he said.
“However, the Orcas don’t know that, and they decide where they want to go…I was simply in awe of these amazing animals gifting us with a few seconds of their time.”