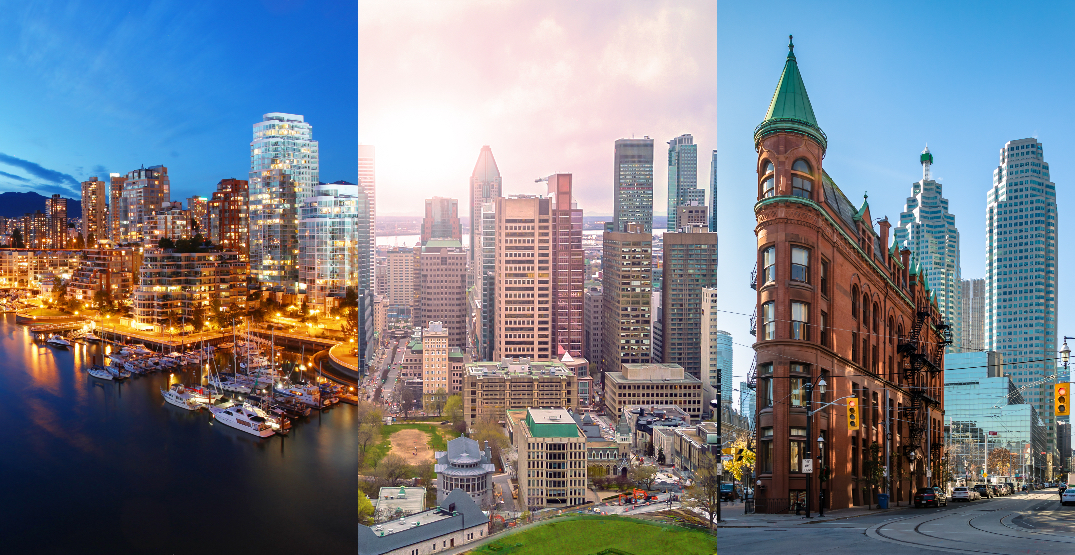 Everybody’s working for the weekend, right? Well, many of us are actually just working to pay rent.

A new report shows just how many hours in a month you’d have to work to be able to “afford” rent in Canada’s major cities. The data also proves that rent is climbing faster than wages across Canada.

Typically, the “30% rule” dictates affordability by saying housing is considered affordable if you spend no more than 30% of your income on it.

In practice, the 30% rule is unreachable for many, especially in major cities like Vancouver and Toronto.

Inside the Rental Market Report from the Canada Mortgage and Housing Corporation, one chart shows the number of hours of work needed per month to “keep monthy rent at 30% of gross income for a 2-bedroom purpose-built rental apartment.”

Here’s how many work hours each city requires for affordability:

In Vancouver, almost 200 hours a month – or a 50-hour work week – is sufficient to keep a roof over your head. With 730 total hours in a month, that leaves you 530 hours to sleep and take care of yourself.

This is way over average working hours, and people might have to get a second job at this rate.

In other Canadian cities, folks have more time to spend on their lives, hobbies, and relationships compared to Vancouver.

In Alberta, one can afford a more laid-back work week and in Montreal, you’d need to work nearly half the hours that Vancouverites are clocking in.

And in Toronto, just over 40 hours a week can keep you comfortably housed.

Take a look at the chart and see where your city lands on the affordability ranking: 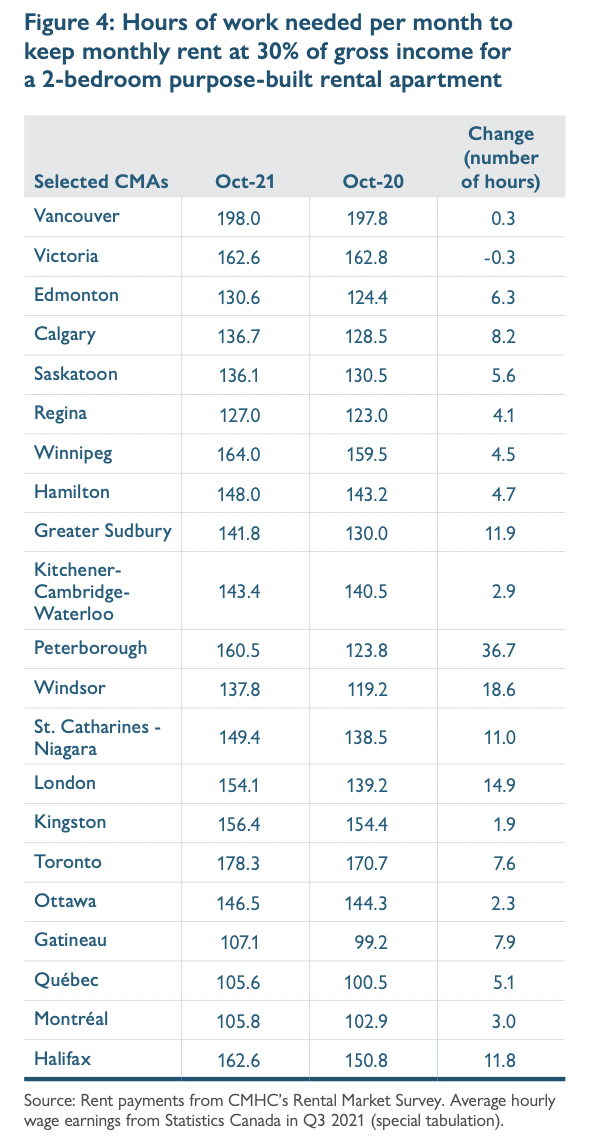 The data is based on average hourly wage earnings from Stats Canada and data from CMHC’s own Rental Market Survey.

“These data points estimate the total number of hours an individual would have to work in a month to afford the average rent on a two-bedroom apartment, assuming they are earning the average wage,” reads the report.

“Full-time employment equates to 150 hours a month (or 37.5 hours a week). Therefore, centers showing more than 150 hours required for affordability implies that the average rent is not affordable for a single average wage earner without another source of income, even if they work full time.”

The report states that cities in BC and Ontario with more than 150 hours indicate “significant rental affordability challenges in these markets.”