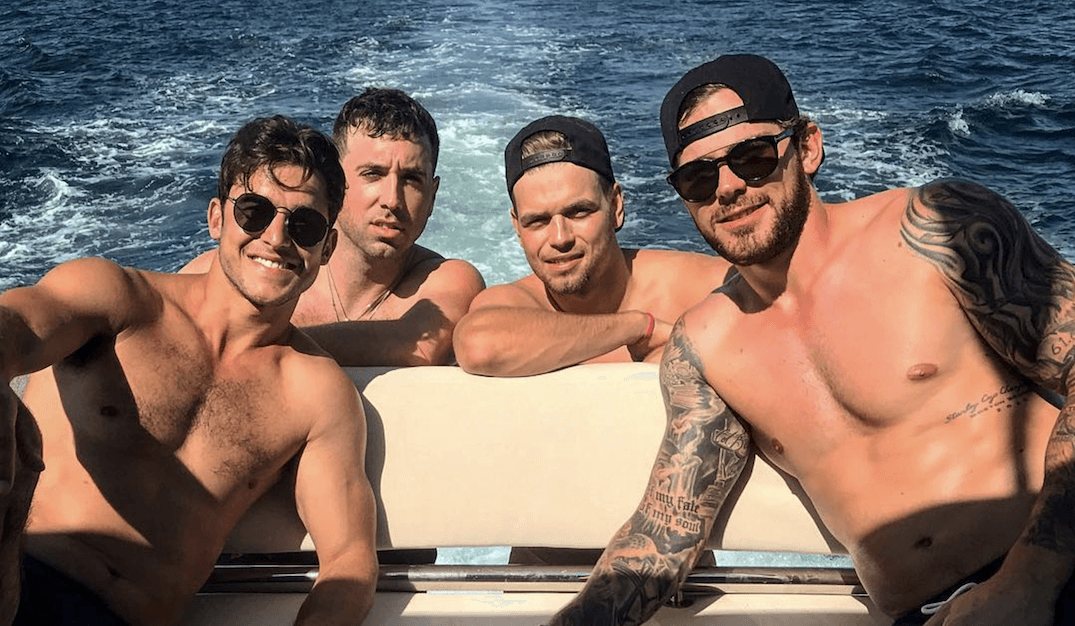 Hockey season is upon us, which means fans are gearing up to see some incredible ice action and feel some serious hometown pride.

The rest of us, however, are just looking forward to watching hot men play with sticks.

Whatever your reason for watching, you can’t deny that there’s a plethora of talented, good looking men to entertain sports and non-sports fans alike. And luckily for you, we’ve compiled a list of the hottest players the NHL has to offer.

Here are 20 of the hottest hockey players in the NHL this year.

This Texas cutie is originally from Brampton, Ontario. Between the full tattoo sleeves, beard, and boyish good looks, Seguin is sure to make fans swoon. Plus look at those training photos…!

Swedish babe Henrik Lundqvist’s classic good looks are reminiscent of a bygone era. Maybe he should have considered leaving the New York Rangers for a role in Mad Men? Either way, there’s no denying that this man has some striking features.

Ok, let’s be real, everyone loves a family man. And if you creep Bernier closely on Insta, you’ll see how much he loves his fam – making us swoon even more. Aside from his groomed, boy-next-door good looks, of course. And his tatts.

Probably the biggest heart in the NHL, PK Subban is known for his endless charitable work in Montreal (which is his former city.) The Torontonian is now playing down south, but we still love him, his big personality, his big smile, and just everything really.

Erik Gudbranson’s Instagram paints a picture of an adventurous spirit, since he seems to love travelling. Combine that with tattoos and a winning smile, and you have yourself a regulation hottie.

Those dimples, that scruff – what more could you want out of a Montreal Canadiens goalie? His boyish good looks make him approachable, and his 6’3″ height isn’t bad either. Babe alert.

Just look at him carrying the Stanley Cup. The Nova Scotia native has boyish good looks, with full lips and a good, square jaw. And at 5’11” and 200 pounds, he’s not a bad size, either. Keep making Canada proud, Crosby!

It seems the Pittsburgh Penguins have some pretty babely players. Kris Letang makes people thirsty with his scruff, charming smile, and love for his wife and son (it’s pretty clear they’re his number one if Instagram is any indication). It doesn’t hurt that he likes to look fresh, too.

Well, hello there. Andy Andreoff is the definition of tall, dark, and handsome. Standing at 6’1″ tall and with a constant growth of scruff on his face, Andreoff is the Los Angeles pretty boy we all need in our lives. Plus he loves his niece – too cute.

Another d-man on our list is Seth Jones. The young American player hails from Texas, and there’s definitely a southern charm about him.

Tom Wilson has a strong, powerful gaze, even when he’s making a neutral facial expression. Just check out his official photo here. And standing at 6’4″ is always a plus.

One of Toronto’s faves, Kadri is a babe on so many levels. Besides his dedication to the city and his community, Kadri adopted a cat and she has her own Insta account – which often features Kadri. And all of it is cuteness overload.

Elias Lindholm hails from Sweden and now plays for the Carolina Hurricanes. Frankly, he creates a hurricane in our pants with his sultry gaze, thick hair, and scruffy face. Yowza.

Another Swedish player makes the list, this time in the form of the handsome Oliver Ekman-Larsson. This 6′ 2″ handsome D is just as attractive on and off ice. And we’re really too distracted to continue writing this bio right now.

Minnesota native Brock Boeser has that all American charm about him. Vancouver’s first round pick back in 2015, we’d still pick him first two years later. A quick stroll on his Insta account is a proven pick-me-up on any given day.

The only Senator on our list is Derick Brassard. This rugged handsomeness is from Hull, Quebec and while he shoots left on ice, he’s bound to shoot straight for your heart with that smile.

According to the NHL, Brent Seabrook has built a reputation as a clutch player in the postseason. While we try to understand what that means, one thing is for sure, this BC native is camera shy (no Insta!) but really shouldn’t be. He’s a clutch player season-round in our eyes.

Just a few short weeks ago, Evander Kane was in Vancouver’s Downtown Eastside delivering lunch to those in need. The East Vancouver native gives back to his home city, and has stolen our hearts for that. And his never ending smile.

This Swiss player has us, and over 70k followers on Insta, lost in his eyes. We’d definitely skate to where his puck will be… even if we don’t know how to skate.

Yes, we have this past-and-present knock out on our list. Jaromir Jagr is a Czech NHL legend who’s been playing longer than anyone on this list, yet his style and swag (we can use this, he’s over 40) can beat most guys in your office. Good luck to everyone else on the list, try looking this great when you’re 45.