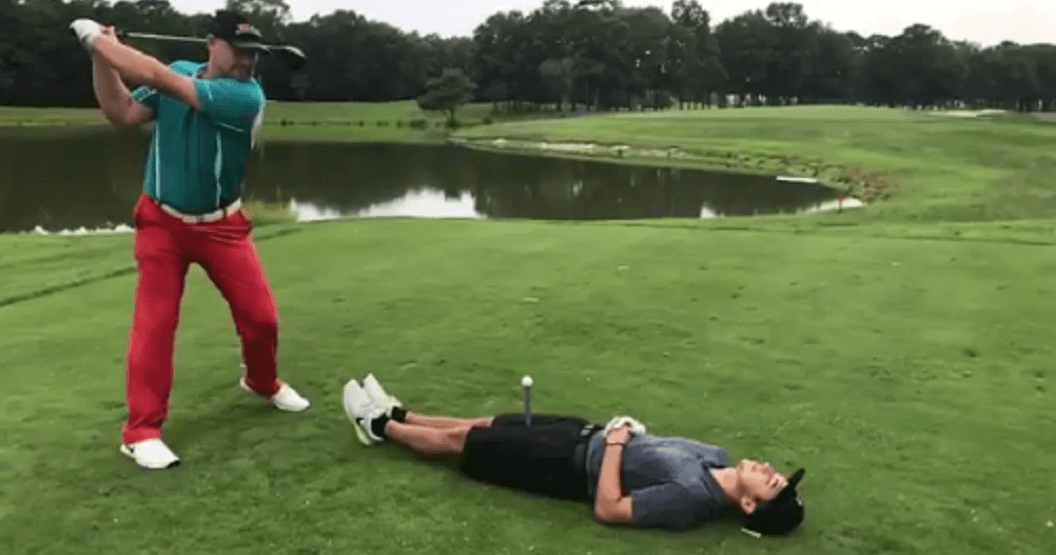 The NHL season is nearly underway, and the Calgary Flames roster is all-but-set.

The Flames welcomed two new goaltenders to Cowtown over the summer, as well as Travis Hamonic. It also looks like 23-year-old Mark Jankowski has earned a spot on the opening night roster. Largely though, the Flames will rely on the same group as last year to lead them to another playoff appearance.

As they go through the rigors of the 82-game NHL schedule, you can keep up with your favourite members of the Flames (or all of them) on Instagram.

Let’s start with the newest member of the Calgary Flames. Jaromir Jagr’s game on Instagram is almost as good as it is on the ice. A must follow.

Thanks @bluejays for having the boys out for a little BP. #J's

The 21-year-old Sam Bennett’s Instagram is mostly posts of updates in his life, including last summer when he showed the Toronto Blue Jays he’s got game on the field too.

Micheal Ferland may only be 25, but he’s already father to a beautiful daughter, Brynlee, who is the star of his Instagram account.

On Michael Frolik’s Instagram, you’ll often see him golfing, with family, or golfing with family. Sauce him a follow.

Johnny Hockey is one of the best hockey players on the planet, but on his Instagram you see a more normal and fun-loving side of the 24-year-old’s life you don’t see anywhere else.

Mark Jankowski appears to be on the starting roster for the Flames this season, which means a lot more photos like this to come on his Insta account.

One of the newest Flames, Lazar’s Instagram showcases a kind of everyday life activities that most people can relate to. That said, the true stars of his IG are his two dogs, Dukey and Ollie.

He’s worth a follow anyways, just imagine how glorious it will be if/when he finally decides to post something!

The youngest Flames player, Matthew Tkachuk, stays quite active on Instagram, often posting photos with friends and family or out on the ice doing what he does best.

Flames captain Mark Giordano has just two posts on his Instagram, both over a year old. He deserves a follow simply for being a great captain though, and with barely over 1,000 followers, if he ever does post again you’ll be one of the first people to see it.

Dougie Hamilton doesn’t post much on Instagram, but his last video was incredible, and we’re hoping there’s more to come in the near future from Dougie.

Grateful and honored to win the NHL Foundation Award. I've put so much work into the foundation, and I'm happy it has all paid off

One of the Flames’ big offseason acquisitions, Travis Hamonic keeps it all about hockey on his Instagram. He doesn’t post much, but you may want to keep tabs to lookout for his next selfie with Gary Bettman.

Lack has been a fan favourite everywhere he’s been due to his great presence on social media. His Instagram account showcases his great personality and love for everything, especially tacos.