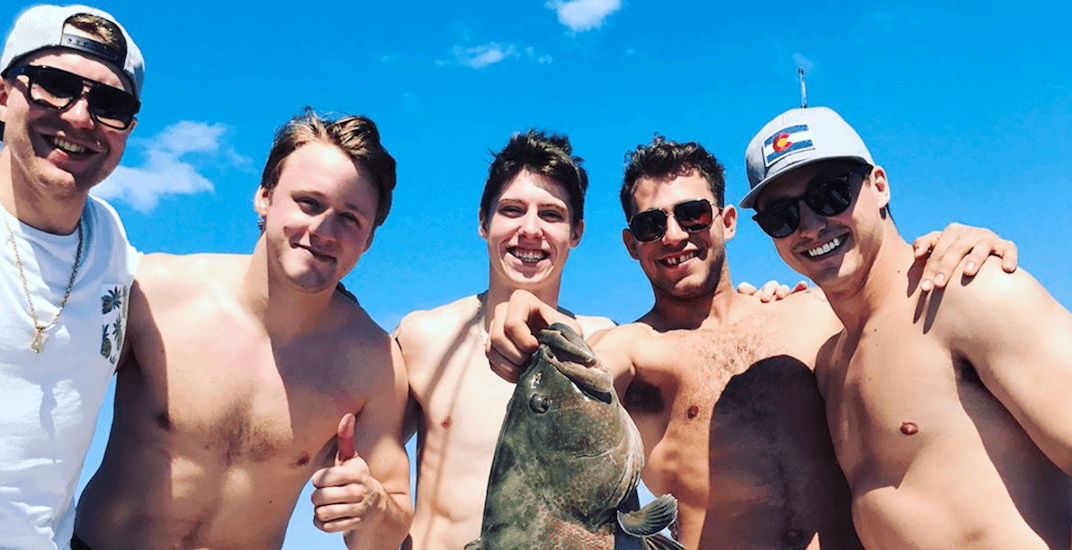 You may think you know everything about your Toronto Maple Leafs. But do you know what Auston Matthews did on July 4, 2017? It’s okay if you don’t, because that’s exactly what Instagram is for.

Here are all Maple Leafs you should give a follow!

Okay who am I kidding. You’re all following Matthews already. If not, you know what to do next. It’s worth it, take my word for it.

Can't believe they showed up with the same jacket @moncler

Have you ever wondered what NHL players spend their money on? Moncler jackets, apparently, which roughly range from $1,000 to $3,000 in pricing. Other than that, William Nylander gives you an insight into his life away from the rink. And unless you take fashion advice from him and buy this jacket, you should be fine.

Guess who’s back, back again – it’s Leo Komarov and his son! After a fun-filled summer home in Finland, Komarov is ready to help the Leafs to another successful season. If you missed what he’s been doing after Toronto’s playoff exit, his Instagram account is the place to be for you.

Tyler Bozak hasn’t posted on Instagram for over two years. If you want to see what he was up to in the past, though, this is your chance.

You know what’s great about Connor Brown? He’s a 20-goal scorer in the NHL! (I know you knew this.) What you might not have known is that Brown had a great summer that included golf, lake days, and a trip to New York City. Hop on over to his account to see more.

Great summer training with these guys! 💪🏻

Zach Hyman already has a season on the Maple Leafs’ first line under his belt. And if his belt in the picture above is any indication, he will come back even stronger this year.

Judging by his Instagram account, Matt Martin loves his dog and his family (you decide which he loves more). And if you’re lucky, he’ll even tell you where to find him in downtown Toronto. What else do you need?

Whether the famous sophomore slump is a myth or not, we’d want last season’s rookies to get the best possible recovery in the summer, right? Well, it looks like Mitch Marner’s summer was a perfect time of fun and relaxation. Head over to his Instagram account to see what he’s been up to!

Leafs starter Frederik Andersen isn’t overly active on Instagram. And when he is, he mostly shares hockey photos. But would you have wanted to miss this selfie with Auston and Mitch at a Blue Jays game? Didn’t think so.

To be honest, I can’t tell you what exactly is happening in the photo above. What I can tell you, however, is that Andreas Borgman seems well prepared for winter in Ontario. If you want to practice your Swedish skills, this is the place to be. (You could also just take a Swedish course, but where’s the fun in that?)

After learning some Swedish with Borgman, Nikita Zaitsev’s account can teach you Russian. That is, if you can even read it. If not, just enjoy photos of Zaitsev with his daughter, as well as everything else his account has to offer.

"Hey can I have top bunk?" "Only if I can have bottom!" #StepBrothers

Let me just tell you this much: You want to follow Connor Carrick. It will be worth it. There will be no regrets. It’s great.

What a weekend! Thanks to all of the friends and family that came to celebrate with Lucy and I. I'm a lucky guy! #jakegetsluce

Jake Gardiner had a summer like no other, and what’s next might be equally special. He’s married to the love of his life, Lucy, he’s playing the best hockey of his career, and he’s a part of the best roster the Maple Leafs have had in a very long time. What could possibly go wrong?

Heading back to Sweden after a fun week in buffalo 🇺🇸 #combine

A post shared by Timothy Winston Liljegren (@timothyliljegren) on Jun 4, 2017 at 6:20am PDT

The Leafs’ 2017 first-round pick probably won’t be on the roster this season, but I know your needs, so… Here you go.

Joffrey Lupul hasn’t played a game for the Leafs in a long time, yet he is still on the roster. So, if you want to keep up with his life without seeing him on TV or Leafs media coverage, you know where to go.